Britain is known for its beer, so it seemed about time we put together a list of some of our favourites. Here’s our top 25 British breweries for you to enjoy

We’ve been brewing in Britain for thousands of years, and today the brewing industry is stronger than ever. With over 1,400 breweries in Britain shipping to 121 countries, the beer and pubs sector is responsible for 869,000 jobs in Britain.

We put a call out on our social media channels to ask our followers what some of their favourites beers and breweries were, and this is the result – a list of 25 British breweries that are crafting excellent beers in the UK today.

I’m sure we’ll be adding to this list as we try out more British beers, so please leave your recommendations in the comments at the end of this post. 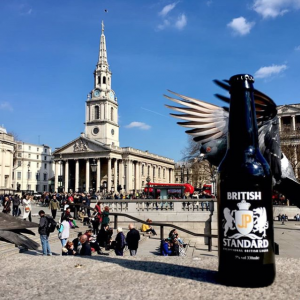 JP Brew Limited was founded in 2017, by two beer enthusiasts whose desire was to create a tasty commercial lager, which could showcase the best of British ingredients. JP Brew is working with British malt and hops growers to develop lagers and beers which bring to light the fantastic range of products available in the UK. 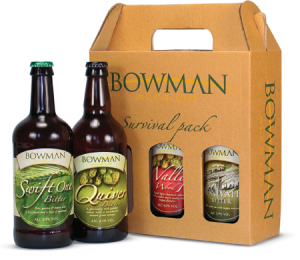 Bowman Ales is a micro brewery based near Droxford in Hampshire, producing award-winning real ales such as Swift One and Wallops Wood. You can enjoy their beers in pubs all over the South of England and further beyond. 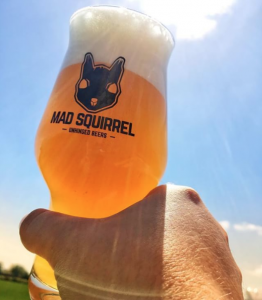 Mad Squirrel brewery is a micro powerhouse of quality and innovation, brewing on a state of the art A.B.E brewhouse with the very best ingredients. The roots of Mad Squirrel can be traced back to 2010 when Red Squirrel Brewery Ltd was incorporated and a new brewery was built in Potten End, South-West Hertfordshire. 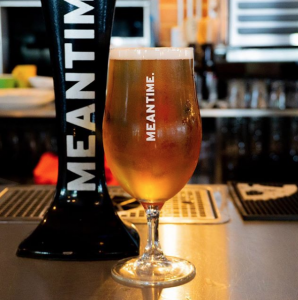 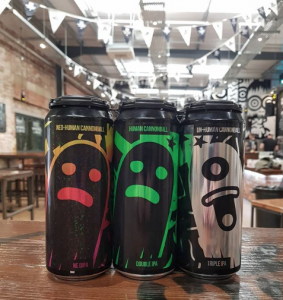 Inspired by local brewing traditions, Magic Rock Brewing is the culmination of a lifelong passion for beer. Richard Burhouse (aided by head brewer Stuart Ross) started the brewery in 2011 in an old out-building of the family business (an importer of crystals and natural gifts) in Huddersfield, West Yorkshire. Their ‘Same but Different’ beers are packed with intense yet approachable flavours which will challenge and inspire. 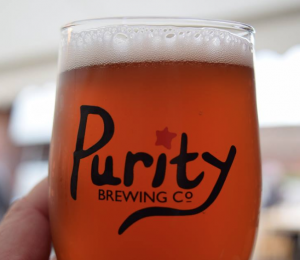 Purity Brewing Company is an award winning craft brewery established in 2005. Based on a working farm in the heart of the beautiful Warwickshire countryside, Purity are committed to brewing beer with a conscience. Their brewery practices are designed to be environmentally friendly and in the case of their wetland system, environmentally enriching. 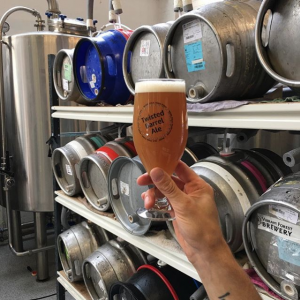 Twisted Barrel Ale are an artisan vegan business based in Coventry, making hand crafted, flavourful beer in small batches. Brewery and tap house at FarGo Village. Originally brewing on a 60 litre kit, at the time they were the smallest commercial brewery in the UK. In 2015, they launched their brand new Brewery and Tap House with a new 1000 litre brewing kit. 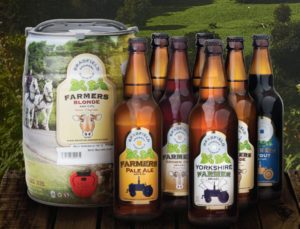 Bradfield Brewery is a family run brewery based on a busy working farm in the Peak District, within the picturesque village of Bradfield. Using the finest malts, traditional hops and natural spring water from their own borehole they produce a range of distinctive and award winning cask conditioned real ales. 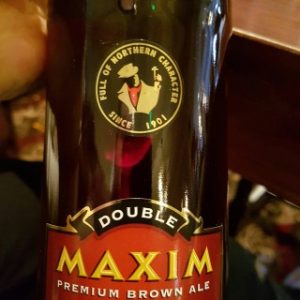 Following the closure of Vaux Brewery in Sunderland and Wards Brewery, Sheffield in 1999, the former employees of these two companies established the Double Maxim Beer Company Ltd. The success of the Double Maxim bottled beer business and the passionate support of customers meant that in 2007, the company was able to establish the purpose built Maxim Brewery at Houghton le Spring, just a few miles from the former Vaux Brewery site. 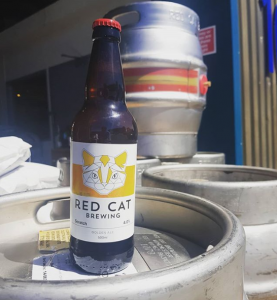 Red Cat Brewing is a small independent brewery in Winchester that was set up with the singular aim of creating imaginative, stunning craft beer. Red Cat brewery equipment is a traditional English mash set up, made to their own specification by Malrex in Burton on Trent. 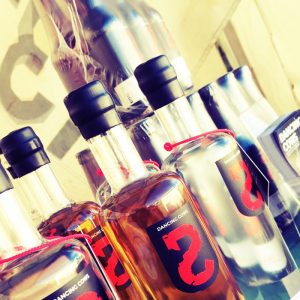 Dancing Cows make small-batch artisan spirits and beers using locally sourced grains, fruits and botanicals in The New Forest.  They make all sorts of beers at their brewhouse in Lymington. We using local ingredients, traditional methods and mad scientist techniques to create beverages that will make you smile! 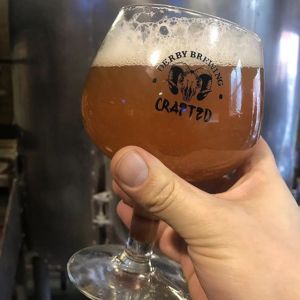 Derby Brewing Company, is a family run business set up in 2004 and they have over 30 years of brewing expertise in their brewery. Since their small start back in 2004 they now have three pubs as the brewery.

Formed in 1977 as ‘Tynemill’ by former CAJMRA Chairman Chris Holmes, Castle Rock has gone from strength to strength over the years, developing a reputation for both inventing and unique pubs, and excellent quality real ale. 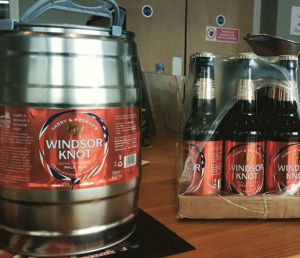 Windsor and Eton are a ‘beer led’ brewery making outstanding beers of every single style and character. They are proud to be part of the revolution in beer making, and as founder members of the London Brewers Alliance, they have helped grow the number of the Capital’s breweries from 11 in 2010 to over 90 today. 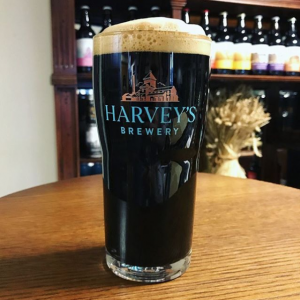 Harvey’s Brewery is a family business, with a member of the eighth generation currently working here. The brewery has been a landmark in Lewes, the county town of East Sussex, for over 200 years. Harvey’s remains a privately owned limited company and the brewery’s trading area does not normally exceed 60 miles from the brewery in Sussex. 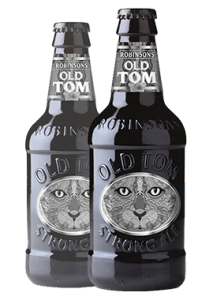 Based in the heart of Stockport for almost two centuries, and owning around 260 tenanted and managed pubs, inns and hotels across the North West, ‘Robinsons’ is one of oldest names in British brewing history. A proud family of independent brewers, Robinsons is an advanced and sophisticated brewery, with a worldwide reputation for real ale. 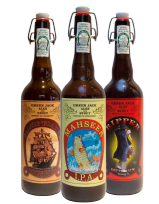 Green Jack was founded in 2003 by Tim Dunford, and is a multi-award winning traditional real ale brewery based in Lowestoft, Suffolk. From humble beginnings Green Jack has now grown into one of the largest real ale breweries in East Anglia. In 2009 they built a new 38 barrel brew house in an old smoke house in the heart of historic Lowestoft. 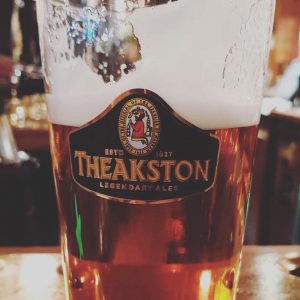 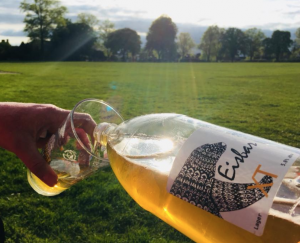 XT is an innovative, independent brewery crafting a wide range of beers. The brewery is on the beautiful Notley Farm in the village of Long Crendon, on the Oxfordshire, Buckinghamshire border near Oxford. Created by Russ Taylor and Gareth Xifaras in 2011, they brew all their own real ales for cask, keg, cans and bottles. 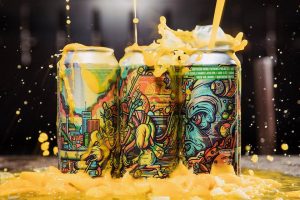 Northern Monk creates quality beers combining the best of traditional monastic brewing values with a progressive approach to ingredients and techniques. Homed in a Grade II listed mill in the spiritual heart of the industrial revolution. They regularly collaborate with breweries and businesses from near and far to help strengthen the North for positive change and to continually diversify their own products. 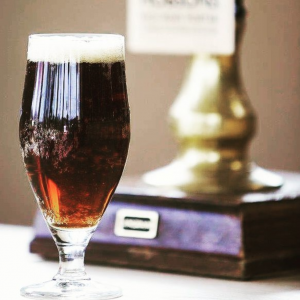 Founded in 1993 by the Davis family, over the past 20 years Hobson’s have grown to become a leading brewer in Shropshire and one of the most sustainable breweries in the UK. The success of their brewery and its many awards has been down to a strong culture of supporting the region, its people and its resources. 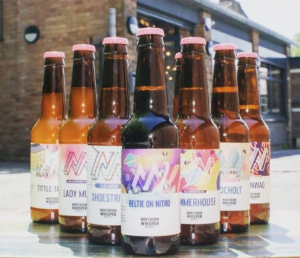 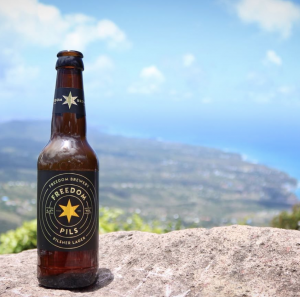 Freedom Brewery have been brewing a wide range of unique lagers since 1995. Originally London based, the team moved up north to Staffordshire in the quest for better water and sustainable brewing. Now set on a private estate of rolling countryside and access to their own private spring water source, they continue to innovate with flavour and process. 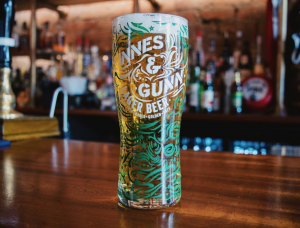 Innis & Gunn is one of Scotland’s most successful independent craft brewers. Foundered in 2002 Master Brewer Dougal Gunn Sharp was asked to create a beer to mature in bourbon barrels to impart a sweet, malty flavour. This beer would then be thrown out, and the barrels would go on to age spirits. But what if the beer was actually getting better whilst in the barrel? Turns out, he was absolutely right and Innis & Gunn was born. 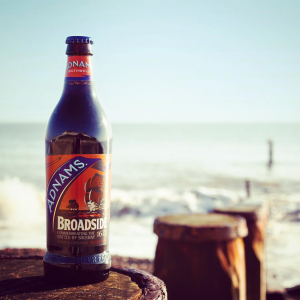 Established in 1872, Adnams is a brewer of beer in the coastal town of Southwold in Suffolk. Adnams work with local farmers and producers who supply their brewery and hotels, and even partnered with a local business to install an anaerobic digestion plant to turn brewery and food waste into biogas.

Please leave a comment below if you enjoyed this article about British breweries.