Meet The Maker: The SockMine Make Moves to Reshore Their Sock Manufacturing 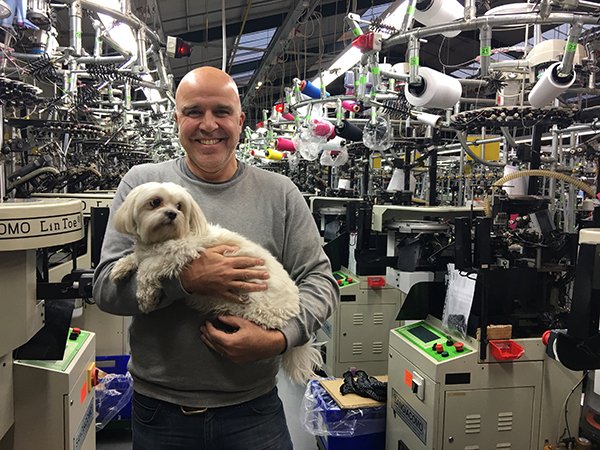 Martin Lowe with Rita in their Nottinghamshire factory

Martin, thank you for showing me around your sock factory, can you tell me who started the business and why it’s called The SockMine?

My older brother Tim and myself started it in 1996, then four years ago we developed our own brand, called The SockMine, based on local history because the area is around a lot of coal mines.

The holding name is actually Roy Lowe and Sons which is named after my father as he set the original business up, and it remains a family business. My son Ben is on the sales side with me, my brother’s oldest daughter Kelly is one of our sock designers, and my wife is our Imports Director, and of course our dog Rita who does…security!

What was the business like when your dad started the factory?

My dad was very forward thinking in what he did – when imports started coming in in the 1970s the socks went from being 100% natural fibres to having manmade fibres in. This meant that the socks lasted a lot longer, the nylon in them could last three or four times as long, so people didn’t buy as many socks. He had to adapt to those changes, and he also adapted to two or three machine changes as well, but he still managed to keep driving on, investing, if we could do half of what my dad did we’d be happy.

Your dad originally made all the socks here, but you took your manufacturing offshore – what happened?

We had to cease manufacturing in the UK in 2006 because we couldn’t make it pay. It cost us a lot of money and so we imported from China and Turkey and some from India.

Then, around four years ago we looked at reshoring. Now we make about 10% here. The socks we make here are more technical, so it’s a sock that actually does something to enhance rather than just being made to a price.

What created the decision to bring your manufacturing back here?

The catalyst was my son. He was interested in joining the business and looked at the manufacturing side. My brother Tim is a sock machine mechanic by trade and so we’d always been passionate about our product being made in the UK. We feel it should be made locally and we should be employing people. We are passionate that it’s the right way to go and we will continue to develop our UK manufacturing over the coming years.

Can you tell me about the product you produce in the UK?

We’ve got The SockMine range, which is our sport socks, and then we’ve got Roy’s Boys which are our brilliantly-odd, eccentrically British socks. 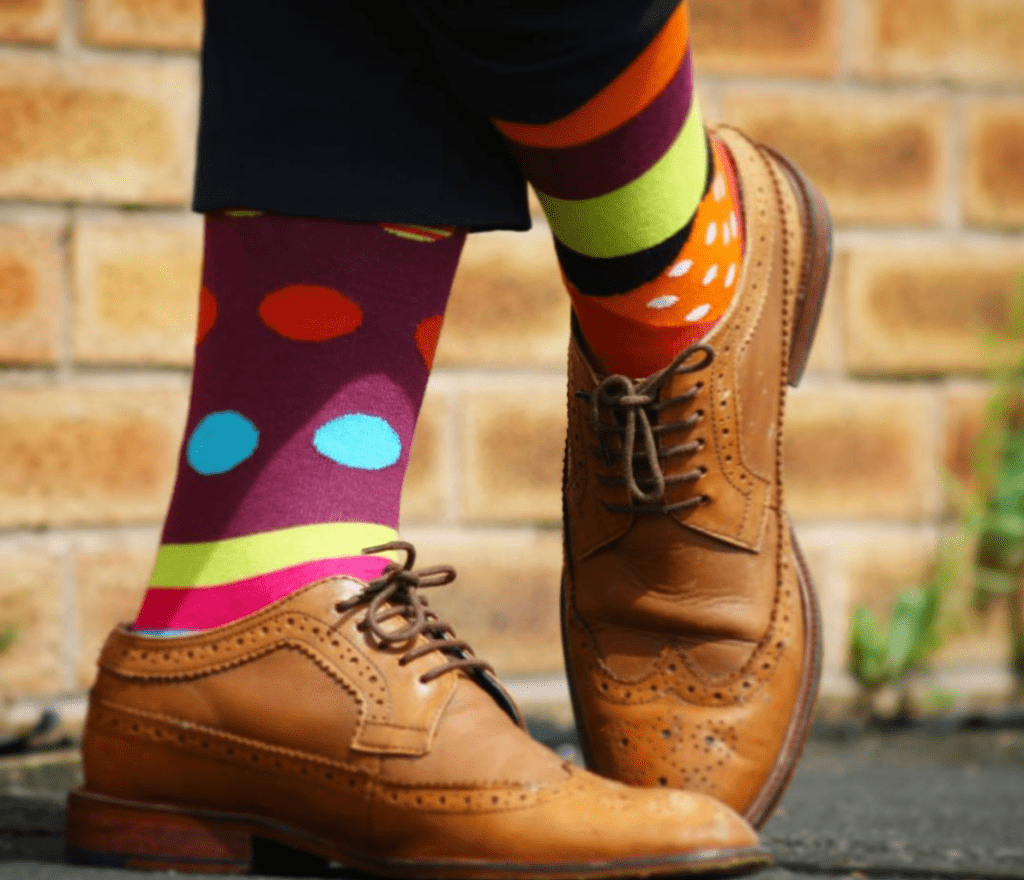 I love them! they have lovely colour combinations.

I work with my brother, Tim, there’s a coordination there but we are also polar opposites so we do a sock to replicate that. We do a pair of socks that match in colour, but the two designs are quite opposite, for example a spot on one side but a stripe on the other. You can wear it with a suit and get away with it just keeping the bottom of your trousers a little bit eccentric.

How many socks do you make here in this factory, in the UK, a year?

Probably about one and a half million pairs.

What advantages are you seeing now you’re making some of your socks here, versus importing all of them?

First off it’s using the expertise we’ve got to create a really bespoke technical sock that actually does something, and the sock performs in a way that people anticipate it to perform – not wear it once, wash it twice, and it disappears up your washing machine!

The other thing is that we get a quick response, so depending on what’s selling, we can actually turn it around very quickly. The best we’ve done is eight days from having a phone order in from one of the big retailers to getting the socks in their warehouse.

As an ex-buyer that’s amazing to hear. So you can turn something around in eight days compared to how much longer if you’re making in China?

12 to 15 weeks. Coming from China you have five weeks on the water.

Are you seeing more of a demand for British-made product?

There’s more awareness around price. Instead of a retailer just considering the intake price and calculating their margin on that, the real margin is actually on the price when they’ve sold it.

And if they can buy it within eight days they know they’re going to sell it quickly because they know what the customer wants?

And with your technical socks you’re not letting the expertise that you’re putting into them go outside of your own factory, so that makes them more difficult to copy?

Exactly. We’ve got a patent applied for our new range of Griplock Socks where we’re actually sticking the sock to the foot. Nobody has done that before.

Can you explain exactly what Griplock socks do?

In the fabric we inlay a polymer that actually sticks to the foot, the friction points become on the outside of the sock rather than between the sock and the skin which helps prevent blisters.

They’re good for all kinds of activity from running to golf.

Who came up with that invention?

We did it internally. We were just having a play about and seeing what we can do, allowing the technicians to play with the machines and challenging the guys to see what they can come up with.

You wouldn’t be able to do that kind of development if you were working with a factory in the Far East?

No, it’s so much further away so it doesn’t allow for the conversations and trialling of ideas that you can have when it’s local. Socks are quite a technical product, and it’s only when you start manufacturing a pair of socks that you realise the complexities of something that’s produced on a small, very technical machine. For example, if you produced pyjamas it’s basically a cut and sew of fabric, whereas with socks it’s more technical because it’s all based on a machine and each machine costs between £15,000 and £20,000.

It’s a big investment, not anyone could just set up a sock factory tomorrow?

That’s the nice side of it, you’ve actually got to really love socks! 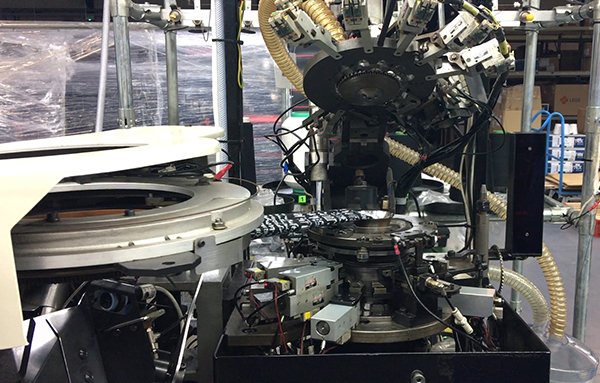 One of the many machines in The SockMine’s Nottinghamshire factory

What have you found to be the biggest challenge making here compared to your Far East production side?

The biggest challenge we’ve got is the wage structure. Our minimum wage in the UK is around about 17,000 euros per year in comparison to Poland at 5,000 euros per year or the Ukraine at 2,000 euros per year. Wherever you put your factory, you’ve got that as your starting point. I am not saying that we should reduce our wages, but we would benefit from a flat living wage across Europe. As well as the labour costs our power costs are higher than in Europe too.

Most of the yarn that you have to use is imported?

It’s imported from Europe, but we’re negotiating with the first spinning mill to open its doors in 30 years – English Fine Cottons, in Lancashire. So we’re talking to them to see if we can spin the yarn there, dye it in the UK, manufacture in the UK, then it’s really a truly 100% British sock which would be wonderful.

Find out more about The SockMine and their sock manufacturing here.