British Made Fashion and Textiles Industry Thriving Amidst Brexit Uncertainty

The UK Fashion and textiles industry employs 120,000 people and produces £9 billion of textiles every year.  This hugely important UK industry, with roots established before the industrial revolution, is experiencing unprecedented demand despite the uncertainty caused by Brexit. 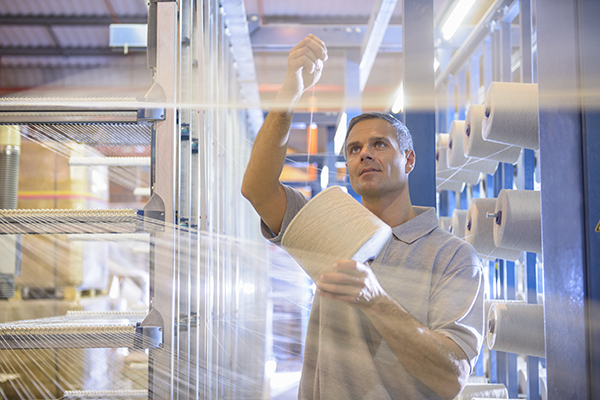 2019 marks 200 years since the landmark Factories Act of 1819 was passed to regulate work practices in what were then, relatively new textile factories. It was the early innovation in these factories which kick started the international prominence of the UK fashion and textile industry and established ‘British made’ as a hallmark of quality in home and international markets.

The industry has weathered many storms since then, not least the offshoring of mass manufacturing and the subsequent closure of many UK factories. This is something which has never sat well with me, and is the reason why I started Make it British. Today, there is still incredible craftsmanship and products coming out of the UK, and the demand for British made goods shows no sign of slowing down. We want to highlight the fact that fashion and textile manufacturing in the UK is by no means a dying industry, but one which should be celebrated and supported.

David Collinge, Chairman of John Spencer Textiles, a sixth- generation family run weaving business based in Burnley, said “We started in the 1860’s, in the middle of the industrial revolution. At that point Burnley was well established as the hub of industrialised cotton weaving, and by the1920’s, there was one weaving loom for each of the 100,000 residents of Burnley. Nowadays, there are only a few of us left, but that is not representative of a struggling industry at all. Technology and the heritage of knowledge from generations of skilled staff allows us to produce traditional quality woven fabric as we always have done, but quicker, faster and with lower minimum runs than before, and we are currently busier than we’ve ever been.

“Brexit has made customers more conscious, and likely look a bit closer to home when they’re sourcing materials because they want reliability of supply and assurance of quality. Although the uncertainty presents its own challenges, it has not dampened demand.” David Collinge, Chairman of John Spencer Textiles 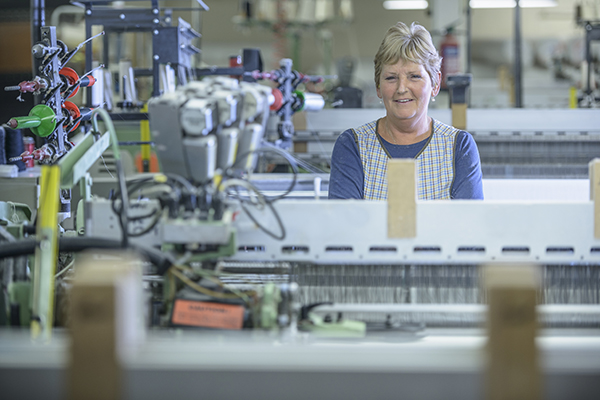 Latest figures suggest that the UK fashion and textile manufacturing employs 120,000 people and £9 billion of textiles are produced in the UK every year, yet  there are still numerous misconceptions about the significance of the industry not just to the economy, but on a global stage. The industry is proud of its role leading the industrial revolution and introducing employment regulations for the first time, and today overseas buyers still look to the UK to maintain high quality standards both in terms of production and output. British manufacturers rightly have a fantastic reputation both here and abroad, and they deserve to be seeing the overflowing order books they are currently.

The forthcoming Make it British Live! event will see exhibitors coming together to celebrate the thriving industry, at the same time as recognising the significant 200th anniversary of the landmark Factories Act of 1819. The event will take place on 29 & 30 May at the Business Design Centre in London. The event is the main sourcing trade show for UK manufacturers and buyers looking for products made in the UK and attracts thousands of visitors from all over the world. Among the speakers are the founders of HebTroCo, a member of Make it British that recently celebrated making their first million ahead Article 50 deadline – and are sharing their secret to making a million in Brexit Britain with fellow delegates.

Registration for Make it British Live is FREE and includes access to all talks on both days. Register NOW to get your tickets.