Business is booming for UK textile manufacturers, but the skills shortage is still holding it back, according to Make it British research carried out exclusively for the BBC 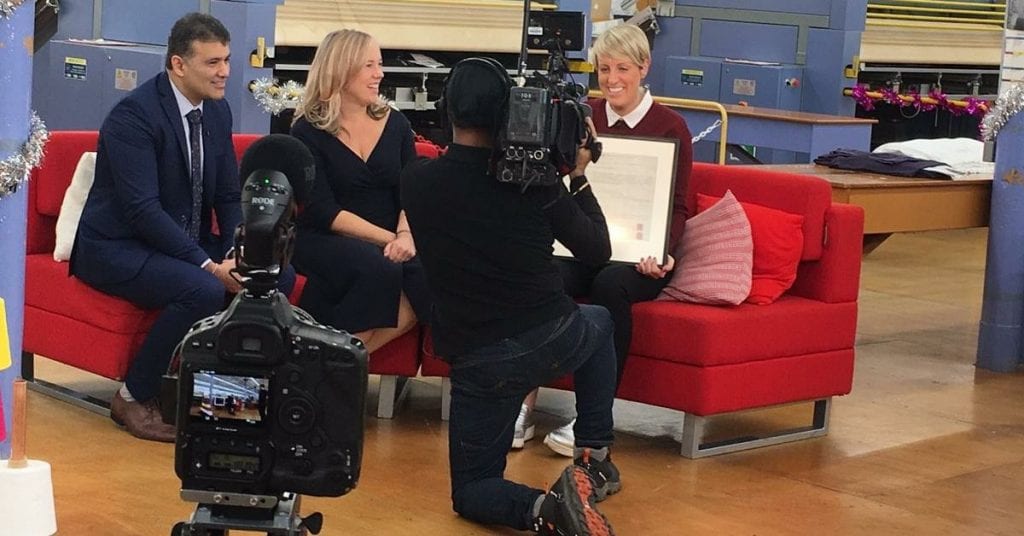 Our research into the UK textile industry, carried out exclusively for the BBC Breakfast Business News, was announced today. We surveyed nearly 100 UK garment and textile manufacturers to find out how their businesses are faring as we prepare to enter 2017.

While the fashion manufacturing industry in the UK faces many challenges in the current economic climate, the Make it British survey found that business is booming for many textile businesses.

45% of manufacturers surveyed said that business was up on last year, with many manufacturers reporting increases in production of 25-50%  compared to 2015.

Of the 95 UK textile manufacturers taking part in the survey, 30% said they were receiving more enquiries now than prior to the EU Referendum, but that they were being hit by rising costs for raw materials, many of which are imported from the EU.

Around half (47%) said that finding skilled staff was the biggest barrier to further growth while 39% blamed lack of support from Government.

When asked: ‘How positive do you feel about the future of UK textile manufacturing?’ the answer was on average 3.75 on a scale of 1 to 5. A very positive result, and a great outlook for 2017.