Why you should be buying shoes made in Northampton

Where were your shoes made? If they aren’t from Northamptonshire then they should be. Here’s why… 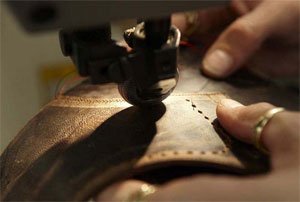 – You are buying into a piece of manufacturing history

With 900 years of experience in producing leather and footwear, the English county of Northamptonshire has an unrivalled pedigree in the manufacture of quality boots and shoes. The area provided boots for the English Civil War, the American War of Independence and over 2/3rds of the 70 million pairs of footwear for the 1st World War. The industry sprung up around the area because of the plentiful supply of water and oak bark which was needed for tanning the leather. 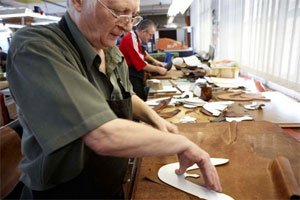 Shoes made in Northampton typically have a Goodywear welted sole construction, for which the area is famous, which allows for multiple sole replacements which extend the life of the footwear. A welt is a strip of leather that is stitched to the upper and insole of a shoe, as an attach-point for the sole. The space enclosed by the welt is then filled with cork or some other filler material, and the outsole is both cemented and stitched to the welt.

Fact: the Goodywear welted sole is named after the son of Charles Goodyear who invented the machinery used for the process 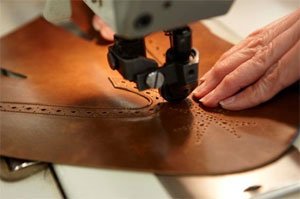 The production of a Goodyear welted sole shoe is a very detailed and skilled job, as you can see here in the photographs of the manufacture of a Jeffery West shoe. Many employees in the footwear industry in Northamptonshire have acquired their skills over several decades, and if production were to go abroad then their skills would be lost in this country forever.

Fact: A Goodywear welted shoe can have up to 75 parts and take over 200 seperate processes to make 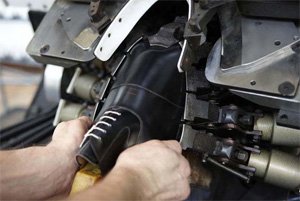 – The choice of designs and styles  is more exciting than ever

Gone are the days of traditional black, brown and tan calf; you only have to look at the new contemporary style of shoe made in Northampton by Jeffery West, Joseph Cheaney, Loake and Alfred Sargent to see that things have moved on to include vibrant suedes, bi-colour combinations with fabric and even styles for women at Grenson.

Fact: There are around 30 footwear manufacturers left in Northamptonshire 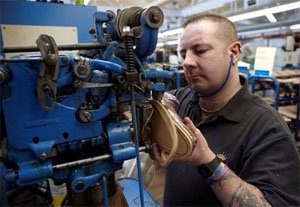 If you would like to learn more about the history of footwear in England then the Northampton Museum and Art Gallery is well worth a visit, with over 1200 pairs of shoes in its collection dating back to 1620.
For further information on the shoe industry of Northampton visit the International Footwear Foundation website.