10 facts you may not know about British wool

How much do you know about the wool industry and British wool? We bring you 10 amazing facts about British Wool and find out more about this unique fibre 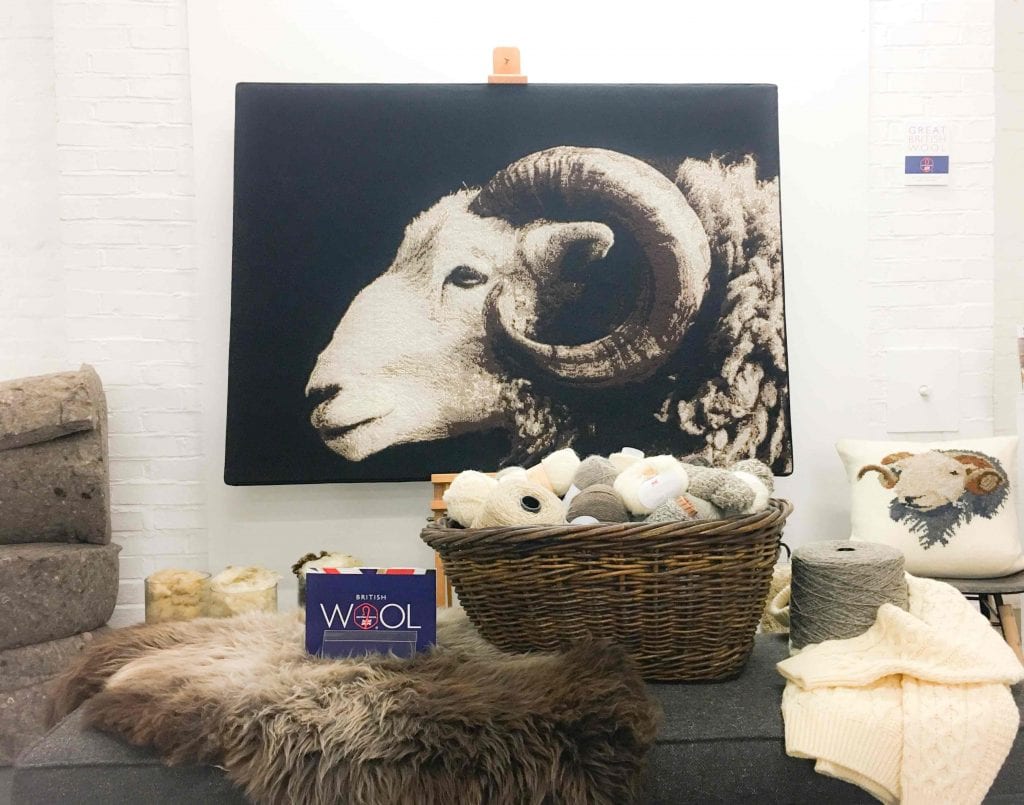 Dispelling the myth that British Wool is only suitable for carpets

Bridgette Kelly from the British Wool is keen to dispel the myth that the fleece from our homegrown sheep breeds is unsuitable for anything other than carpets. In fact, it’s all a bit more complicated than that, as she explains…

“British wool is usually what we call ‘strong’ as it has quite a high micron. The best use of it is often for interior textiles, such as carpets, rugs and upholstery fabrics, but it’s also well-known for being used in tweed.”

“It depends on which breed the wool comes from and where that breed is located. The Northern & Scottish breeds, which produce the coarser yarn, are used for tweed and interior textiles, whereas the download breeds in Devon and Dorset produce a much softer wool and this is often used my hand spinners to produce yarn for clothing. The finest wool produced in the UK is from the Blue Faced Leicester.

“Weather and the geographical location of the flock also influence wool in terms of its quality and micron. For instance, if you are a Welsh mountain sheep your fleece is going to be strong and robust as it has responded to the harsh weather, whereas sheep on the Lowlands don’t need quite such strong fleece, so it is softer and finer and used for blankets and fabrics.” 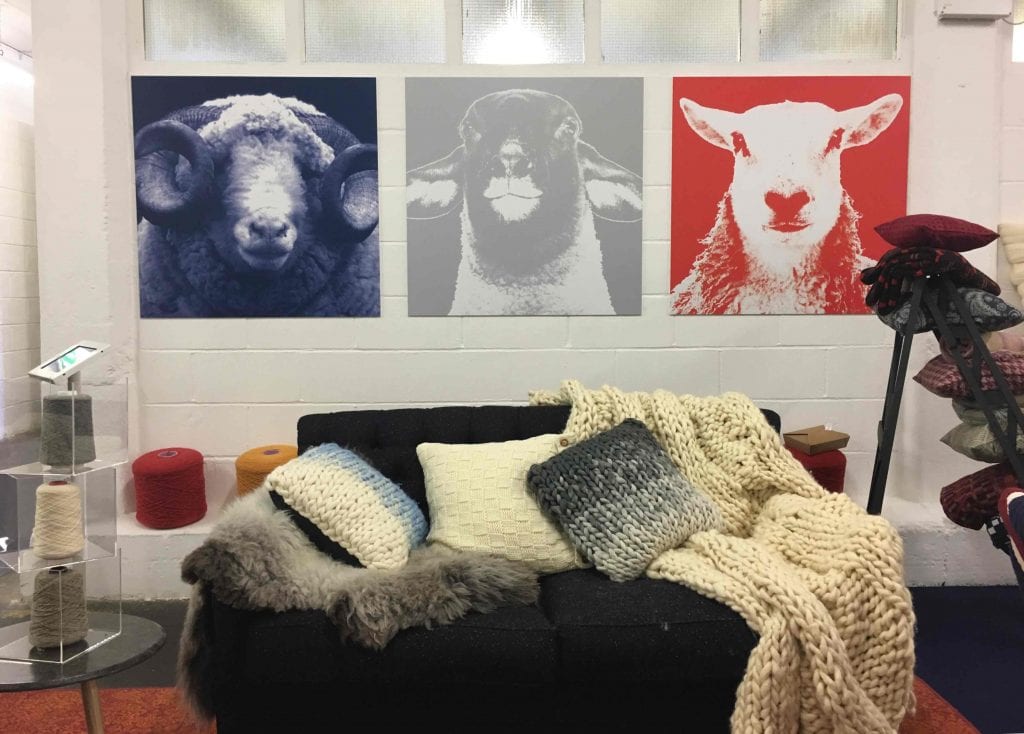 British Wool is used in a huge variety of different products

1.Britain is one of the largest wool producers in the world, yielding nearly 22,000 tonnes per year.

3. There is only one farmer in the UK that produces Merino wool (a type of very fine fibre used for clothing). She is Lesley Prior of Bowmont UK.

6. Britain has more than 60 different breeds of sheep, 25 of which are rare breeds. That’s more than any other country in the world.

7. There are only two wool scourers left in the UK.

8. The British Wool Show is held yearly in Yorkshire and displays the products made by the many cottage industries and craft workers that produce wool products here.

9. It takes at least ten processes to get wool from sheep to cloth. They are shearing, grading, auction, scouring, carding, combing, spinning, weaving, dyeing and finishing.

So, how much British wool stays in the UK, and what percentage was exported? It appears that this is not an easy formula to calculate, as Bridgette explains:

“There is not a simple answer to this question because of how wool is sold in the UK.”

“The wools from a region will be collected from farmers and will go for grading. It is graded first by hand and eye and then put into a ‘type’. It is the types that are sold at auction – there are about 130 types of wool. The merchants that buy the wool fortnightly at auctions in Bradford will buy a ‘type’. Although the bidding is now done by a computerised system, they still have to physically go to the auction and bid.”

“The merchants trade the wool all over the world.  Between fifty and sixty percent goes to China, a market that has grown considerably over the last four or five years. The rest is bought by other countries, including the UK.”

“Because of many processes involved in getting wool from fleece to finished product, such as scouring (cleaning), spinning and weaving, very little British wool stays in the UK for the entire supply chain. It may be scoured and spun in China but then return back to the UK for weaving. At that point it is difficult to know what percentage of the wool included within the product has come from a British flock.”

“Some companies, such as Cherchbi who uses the Herdwick wool, are now choosing to buy from a certain flock and keep the whole supply chain in the UK. We’re also seeing more British wool being used for bed fillings and bedding now too.”

“British wool is not a fast fibre, it is a slow production” concludes Bridgette.

If you want to find out more about British yarn you may be interested in this article on Top 25 British Yarn Producers  and Top 40 British-made knitwear brands. 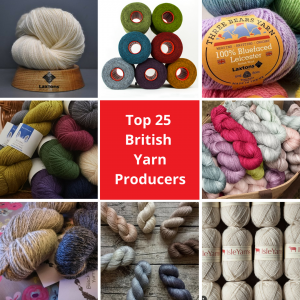 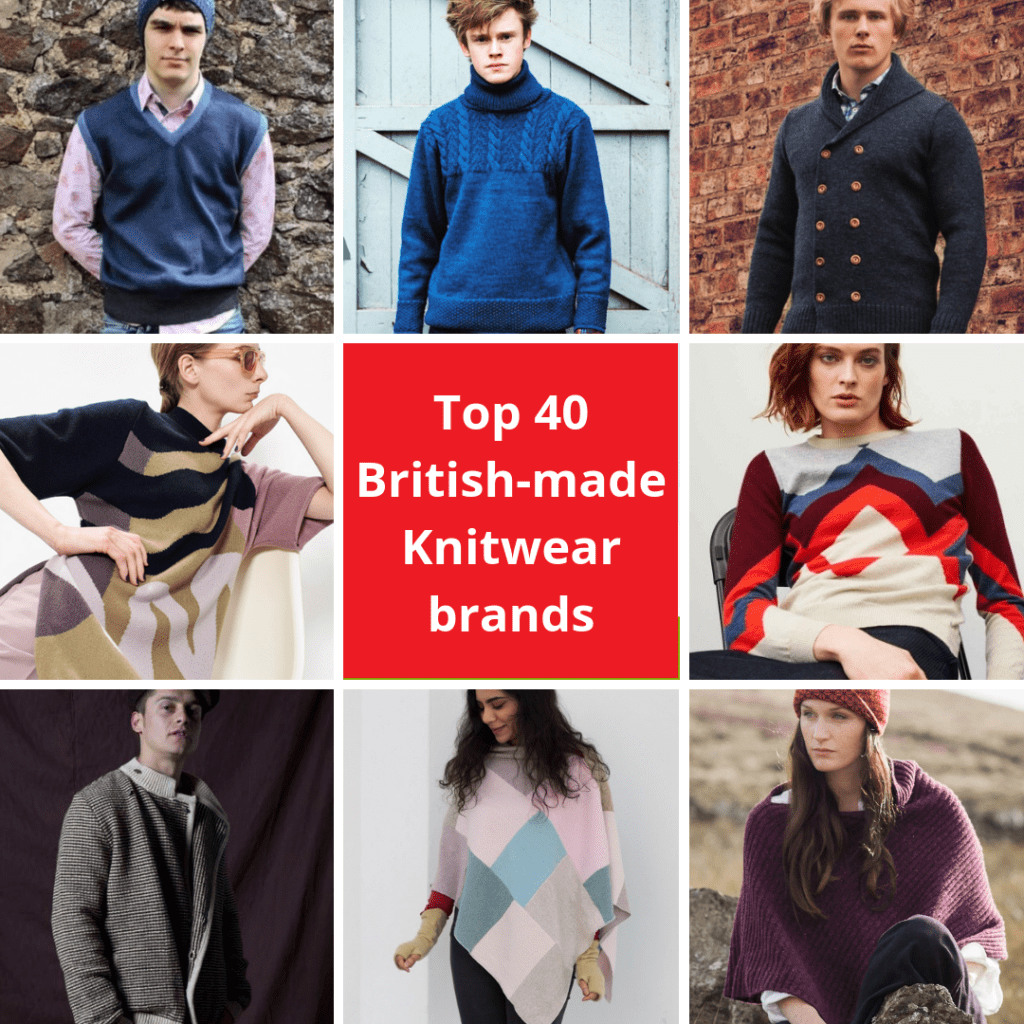