We chat to Justin Hall, chief executive of UK sock manufacturer Pantherella about their long history, their Leicester factory and their exciting future Pantherella has always been on Hallaton Street, Leicester, since 1937.

Pantherella are a world renowned brand manufacturing fine English socks and hosiery from their Leicester factory. Their original philosophy of ‘Provenance, Design & Quality’ still rings true today. Although their brand has grown hugely, they have insisted on keeping their production in Leicester, making them one of the last UK sock manufacturers. We asked Chief Executive, Justin Hall to talk us through the company’s extensive history and plans for the future.

Pantherella started off as Midland Hosiery Mills in 1937 before becoming Pantherella in 1945. What is the meaning behind the name Pantherella?

We have some original packaging for our men’s socks which is branded ‘Panther’ but ( for some reason, lost in the mists of time we’re afraid!) the company adopted the name, ‘Pantherella’ when it was registered in 1945. Pantherella workers have always had specialist knowledge, skills and uncompromising attention to detail.

The brand moved from women’s hosiery in 1937 to men’s socks in 1945. You ceased production of women’s socks in 1952 but started making them again in 2005. Can you tell us a bit about the changes at the time that lead to these decisions?

The initial success of the men’s brand, in both UK stores, such as Harrods and Selfridges, and also internationally, dwarfed the women’s range and a decision was taken to stop production. In 2005 we started again due to demand from our stockists (and their customers) for a women’s version of our classic men’s ‘Waddington’ cashmere sock. Our ‘Tabitha’ cashmere socks remain one of our most popular styles.

Pantherella has remained in their Leicester factory since 1937 despite huge expansion of the brand. How has this been achievable?

Pantherella has always been based in Hallaton Street, Leicester, however in the very early 1960s we moved from a small site, to a much larger site opposite. In the subsequent 50+ years we have gradually expanded and added to this site, resulting in a very characterful building which is still adapting to our changing needs to this day. Pantherella had to move premises to expand but remained on Hallton Street, Leicester, to do so.

Has Pantherella ever been tempted/pressured to move their manufacturing away from the UK?

No. British labour isn’t cheap, but the historical knowledge of this local Leicester trade is priceless. We don’t think that foreign factories would be able to match the Pantherella workers specialist knowledge, skills and uncompromising attention to detail, or cater for short, bespoke runs that make our ranges unique and appealing to our customers.

We recently visited the Tower Mill, where Fine English Cottons will be bringing cotton spinning back to the UK.  Would Pantherella consider producing a range in the future that is made from 100% UK spun cotton as well as being manufactured here in the UK?

A majority of Pantherella socks are knitted from very fine, high quality Egyptian extra-long staple mercerised and gassed cotton which we source from an Italian mill with an extensive colour palette. If we could match this level of quality and choice from a UK supplier then we would love to make a completely English sock. 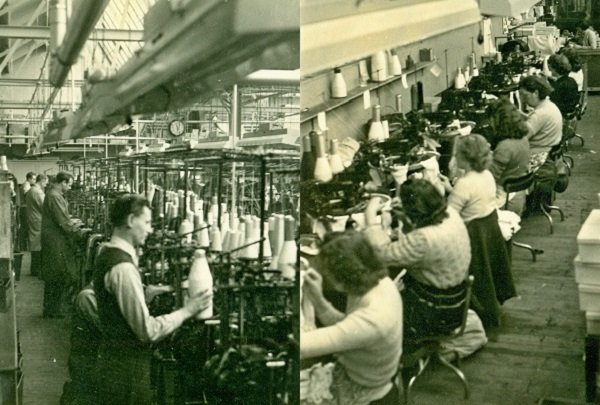 The historical knowledge of the local Leicester trade is priceless.

What is next for Pantherella?

Online we can offer the widest collection of luxury socks made from the finest quality yarns in the world. Our website, www.pantherella.com is going from strength to strength in the UK with increasing month on month sales. We recently launched our US ecommerce site so we will be looking to grow our online customer base in the US and in time, have more country-specific ecommerce sites.

To find out more about Pantherella click here or to treat yourself to one of their products visit them at www.pantherella.com 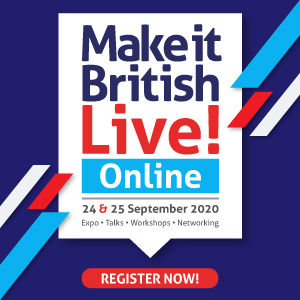