Does the future of British manufacturing lie in digital technology? Skip to content

Does the future of British manufacturing lie in digital technology?

We look at how 3D printing is changing British manufacturing 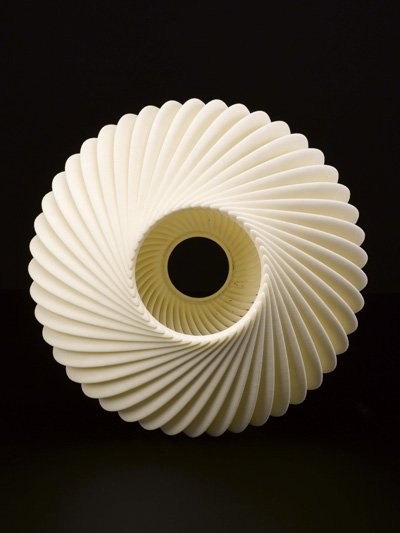 The Science Museum in London is currently holding an exhibition titled ‘3D: printing the future’. As the exhibition explains, 3D printers use 3D computer data to print out real life objects in layers. Technology ranges from home printers such as the ‘Hipsterbot’, to industrial polymer printers. While the home printer can print simple plastic shapes, the industrial machines are capable of building car engine parts. The Design Museum’s recent exhibition ‘The Future is Here’ also looked at 3D printing as part of its exploration of changing technologies in design and making.

3D printing has played a significant part in recent conversations about British manufacturing and its future. On Wednesday 18 September a group of experts spanning the fields of British manufacturing, design, engineering, education, research, industry, economics, and policy got together at the V&A to talk about the future of London manufacturing. The event, titled ‘Making it in London’ was held as part of the London Design Festival.

A striking conclusion to come out of the day was the idea that the future of London manufacturing was more likely to lie in 3D printing and digital technology than in a traditional manufacturing industry. According to Greg Epps from RoboFold, 3D printing is a way of moving from craft, through technology, to manufacturing. There’s no price difference between making short or long product runs, and there’s no cost initiated by making variations to the initial design. Daniel Charny of FROM-NOW-ON, and curator of the 2011 V&A exhibition ‘Power of Making‘ brought up the new culture of Fab Labs (Fabrication Laboratories). These provide 3D manufacturing facilities that are both cost effective and easy for new businesses to use, facilitating the move from prototyping to production. Also looking to this trend was Martin Stevens, Chairman of the London and South East Regions Manufacturing Alliance. Martin gave a talk about his company ‘It Is 3D‘, who provide 3D printing technology to schools.

The Science Museum exhibition highlights some more of the benefits of 3D printing. It can be cheaper, more efficient and energy saving than traditional manufacturing methods, allowing leftover material to be recycled. Prototype faults can be tested much more quickly, speeding up the design process. Designers can also be more imaginative, as there are less limitations of shape than with methods such as machining or moulding. 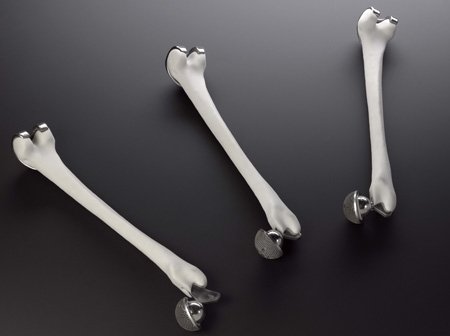 The exhibition also speculates on the future implications of 3D printing technology. Five and a half million people have already received medical treatment using 3D printed components. Researchers are now developing ways to manufacture implants unique to each patient. They are also working on (and I quote the exhibition information here) ‘bespoke treatments made with biological materials, drugs and living human cells’. It even displays some 3D printed teeth!

In addition, the exhibition looks at developing technology for creating usable, 3D printed phones. It then contemplates the meaning of all this new technology for the future of online shopping. Imagine being able to choose, for example, the exact size and design of an item of clothing, allowing you to buy a completely unique product from an off the shelf retailer.

The idea is that 3D printing will make it easy and affordable for anyone to manufacture a product. According to the exhibition, 6.2 million items have been 3D printed in the UK so far. There are now businesses working to make this even easier. Smart search engines have been developed that look for 3D shapes rather than key words, and 3D printing services are available for those who can’t afford their own machine. The cheaper models at the moment are around £1000, and you can buy a 3D desktop printer from the Science Museum shop.

The exhibition also acknowledges the possible negative effects of 3D printing. In presenting a selection of comments made by visitors to the exhibition, it brings up issues such as the potential loss of intellectual property on inventions if it is too easy for others to copy and print the design. It also looks at implications of accessibility raised by items such as open-source gun inventions.

There are clearly positive and really exciting outcomes being made possible by the development of this technology. As well as assisting manufacturers who are struggling to produce their products using traditional methods, it also has the potential to advance and improve efficiency in areas such as medical treatment. This is surely only a good thing.

When it comes to traditionally hand crafted products however, there is a certain romanticism that is lost. These digital and scientific forms of manufacturing lack the national nostalgia attached to ideas of industrial factories as part of London’s ‘workshop of the world’ image. The Industrial Revolution is a part of our heritage that is still promoted as a key element of Britain’s national brand identity – seen at the beginning of the London 2012 Olympic Opening Ceremony. On the one hand, it seems we should celebrate the innovation of new technology that will ease the transition of design and making to mass manufacturing. On the other hand, one can’t help mourning the inevitable loss of human contact, through a computerised process. To give an example of two London businesses,

What do you think? And, to use a question posed by the current Science Museum exhibition, ‘How will 3D printing shape your future?’ It is food for thought.

3D: Printing the future is at The Science Museum until 15th June 2014