'Made in Britain' - Where Do You Draw The Line? - Make it British Skip to content

'Made in Britain' – Where Do You Draw The Line?

Should a product and all of its components be made here in order for it to be labelled as ‘Made in Britain’? 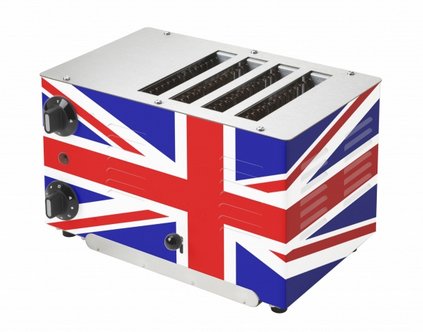 I recently started up an e-petition to ask the UK Government to introduce a standardised Made in Britain logo, and part of the wording on the e-petition contains the following phrase:-

“We would like there to be a standardised Made in Britain logo, similar to the red tractor logo that is used on foods, that can be used across all consumer goods indicating that a significant proportion of a product has been made in Britain.”

I have since had a well-respected London tailor get in touch with me to say that, despite her support for British manufacturing, she didn’t sign the petition because she had read it to mean that it would cover products not entirely made in the UK, and as someone who manufactured all of her products here she wouldn’t use such a logo if ‘those products’ were included. This is despite the fact that she doesn’t use entirely British-made fabrics for her garments.
So this led us on to a big debate about where exactly you draw the line at classifying something as Made in Britain.

Does it mean that every component of a product has to have been made here? If not, as in the case of the tailor, should it mean that the product is only assembled here?

Well, that depends on your understanding of the word ‘assembled’, which can vary from industry to industry. Maybe YES in the case of a garment where assembly means cutting, stitching, pressing and labelling, but NO in the case of a board game, where assembly may mean gathering up various (foreign-made) constituent parts and putting them into a box.

When I used the word ‘significant’ I did it intentionally so as to EXCLUDE companies who merely assembled pre-fabricated parts here for cost reasons, such as some footwear manufacturers who have the labour intensive job of upper-stitching done abroad and add the sole to the shoe in the UK, whilst ensuring that I DID NOT exclude manufacturers where pre-fabricated components could only be brought in from abroad because there is no longer the capacity to make them here, such as Rowlett Rutland toasters, where the heating elements inside are made in India. But I agree, the whole ‘is it or isn’t it’ made in Britain line is a difficult one to know where to draw

The reason that I started this petition in the first place was because I was appalled to hear about how pottery was being passed off as Made in England when in fact only the last stage in the production process was carried out here. When this dubious practice was raised in the House of Commons, the Parliamentary Under-Secretary of State for Business, Innovation and Skills, the department responsible for manufacturing in this country, responded by saying that businesses should undertake voluntary labelling in order to identify their products as made in Britain. This voluntary labelling is exactly what my campaign is trying to eliminate – because with voluntary labelling, what is to stop those footwear manufacturers who stitch pre-sewn uppers on to their soles in the UK from tagging their shoes with a self-proclaimed ‘made in Britain’ label?

What do you think? What should classify a product as made in Britain? Are there any particular industries where it is impossible to make every part in the UK?

Unfortunately it is too late now to change the word ‘significant’ on the petition, but please don’t let this stop you from signing it. The more people who show that they are not happy with people passing foreign goods off as made in Britain the more likely that some of these dubious practices will stop.

And don’t forget to follow the link in the confirmation email that they send you, otherwise your vote won’t count.