2017 ends on a high for UK textile manufacturers

The annual Make it British survey of fashion and textile manufacturers has revealed that 2017 has been another great year for the sector.  This comes despite economic uncertainty with issues surrounding the availability of skills for an industry that just a few years ago everyone considered to be dead. 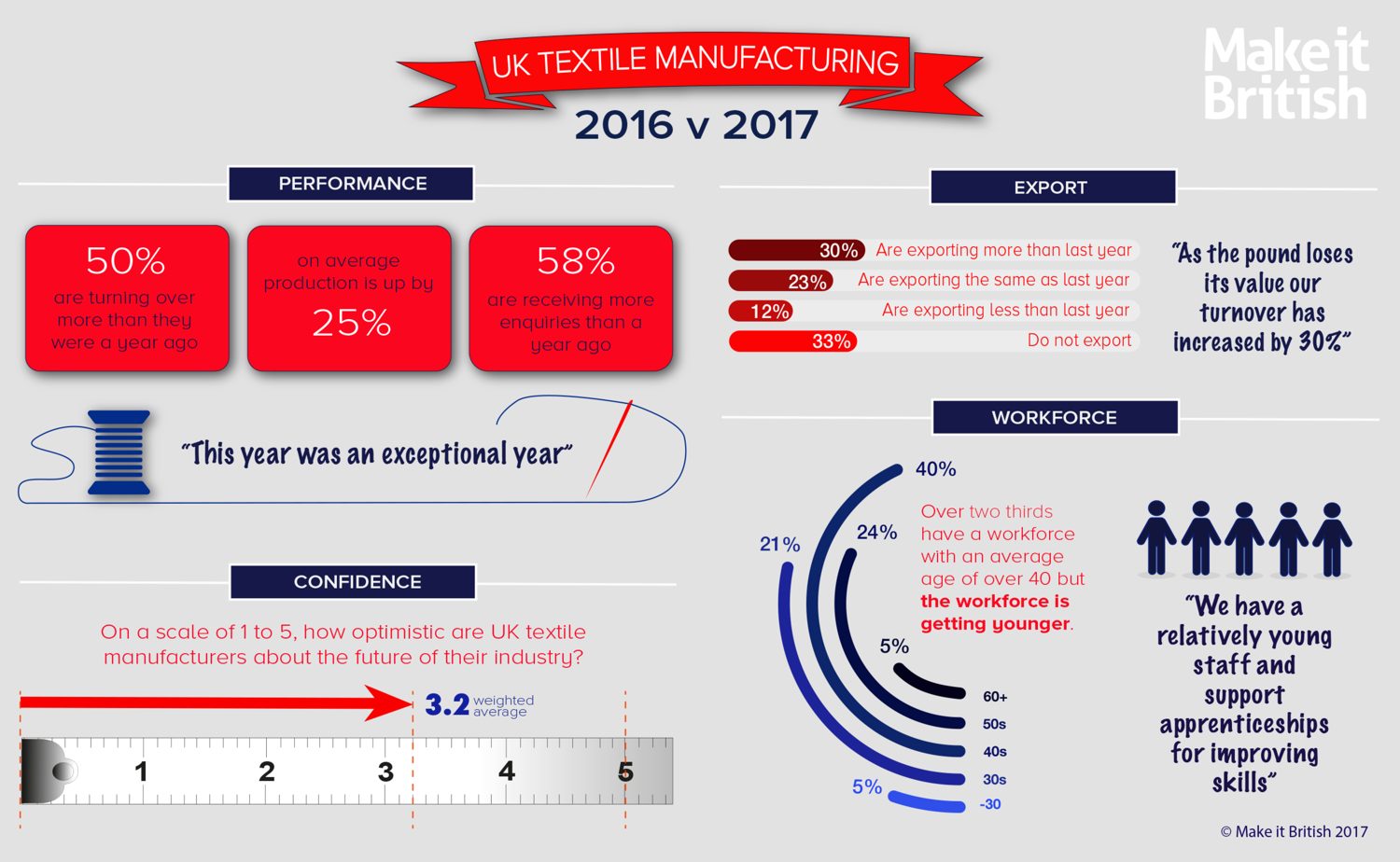 Half of UK textile manufacturers saw turnover increase in 2017

Nearly 100 manufacturers from across the fashion and textile sector were surveyed, ranging from small workshops producing luxury womenswear to textile mills producing millions of metres a year. The results showed that despite economic uncertainty and issues surrounding the availability of skills, nearly half were seeing an increase in turnover on the previous year. One manufacturer reported that “this year has been an exceptional year”.
Enquiries are increasing too, with 58% of manufacturers receiving more interest than they were a year ago, as more companies look to source locally and restore their production back to the UK.

Production is up more that 25% for booming UK textile industry

Textile manufacturers reported that on average production was up by 25%, and many are now running double shifts to keep up with the demand. Yet others were reporting that production volume had stayed the same as “we are focusing on clients with higher margins and less bulk turnover”.
The increase in production and turnover is being helped in part by the exchange rate working in UK manufacturers favour. One manufacturer reported “as the pound loses its value our turnover has increased by 30%”. 30% of UK textile manufacturers are exporting more than they were in 2016, yet still a third of those surveyed said that they weren’t yet exporting – a massive opportunity going forward.

An ageing workforce is still a concern for many, with nearly 50% saying that they are worried about the age of their staff. Two thirds have an average workforce age of over 40 at their factories, but many are taking on young people through apprenticeships. Yet attracting young people into the industry is still a struggle with young people not coming into the industry quick enough – the average employer only having taken on one young person in the last year.

What does 2018 hold in store for UK textile manufacturers?