Interview with Kate Hills in Marie Claire Skip to content 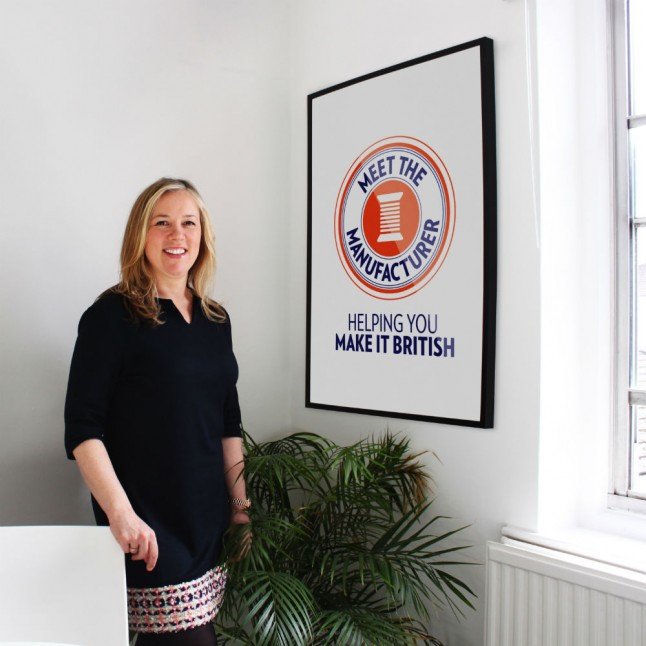 The below article was featured on www.marieclaire.co.uk in August 2015:

Kate Hills, founder and editor of Make it British is on a crusade. With so many of us buying clothing which is made abroad, she’s keen to get us to buy more British. She tells us why we should be checking the label…

How did you first come up with the idea for Make It British?

After first having my own fashion label with a production unit based in Shoreditch in East London in the early 90s, I then went to work for several well-known high street retailers as a designer and then a buyer. I became increasingly unhappy about the factories that these companies were sourcing from and the time that I spending in the Far East. So I decided to start researching the factories that still remained in the UK. I was amazed at how many were still in existence!

They were no longer manufacturing for the big high street names but for lots of smaller brands that were making some great quality products. What’s more I loved the determination and resilience of the factories that were left here and wanted to support what they were doing. I started Make It British as a way of bringing these factories and British-made brands into the public eye.

Why do you think it’s so important for brands to Make It British?

There are several advantages to both the brand and customer in buying British made products. For the brand, sourcing locally gives them easier access to the factory, better communication with the people making their products and greater control over quality. It also offers them a much quicker speed of delivery, all important these days when customers demand fast fashion and new trends on a regular basis. For the customer buying British there is the knowledge that they are helping to support jobs in the UK and that their clothes have been made in an ethical way.

What high street brands do you think do the best Made in Britain lines?

M&S Best of British is fabulous quality for the price and they make the collection in some of the best factories in the UK, using mostly British cloth too! ASOS also make a lot of their products here, taking advantage of the speed with which they can turnaround new trends. I tend to go for quality over quantity and buy British brands that I know will stand the test of time – John Smedley and Brora are two of my favourites for knitwear, Mulberry for leather goods and Gina for shoes, when I can afford them! But I also support a lot of the smaller, less well known labels such as Alie Street, Libby London, Madderson and Matilda & Quinn.

What tips would you give our readers who want to be informed about where their clothes come from?

All clothes in the UK have to be labeled as to where they are made, but not everyone thinks to look. Often brands will promote themselves as ‘Brilliantly British’ and give the impression that their clothes are made here, when they’re actually not. That’s what I call ‘Fake it British’. You always need to check the label! Don’t be afraid to ask where your clothes are made either – often a quick tweet to the brand in question will reveal the truth. How do you see Make it British growing from now on? My aim is to grow textile manufacturing in the UK and inspire shoppers to think twice about where their clothes are made. If everyone in the UK bought just one item made in Britain in the next 12 months, then I would be very happy!