After spotting an article in Country life in 2013 calling for help to save the last remaining UK horn button manufacturer, commodities broker David Courtney felt he needed to do something. So he set about bringing natural button manufacturing back to the UK.

Fighting to save this vital part of the UK garment supply chain has not been easy. David has had to harness the necessary resources, find premises, talk to potential customers and learn the button trade.

Now, a brand new button manufacturer company called Courtney and Co. is up and running.

Using a natural material called Corozo, which is derived from a type of nut, Courtney & Co turn, dye and finish their buttons in the UK using traditional techniques.

Having started small, they have plans to expand their range to cover more materials and patterns, using the latest technology to gain efficiency at every stage and make UK natural button manufacturing viable again.

But there are still many obstacles to overcome, not least of all the lack of skilled button makers left in Britain. 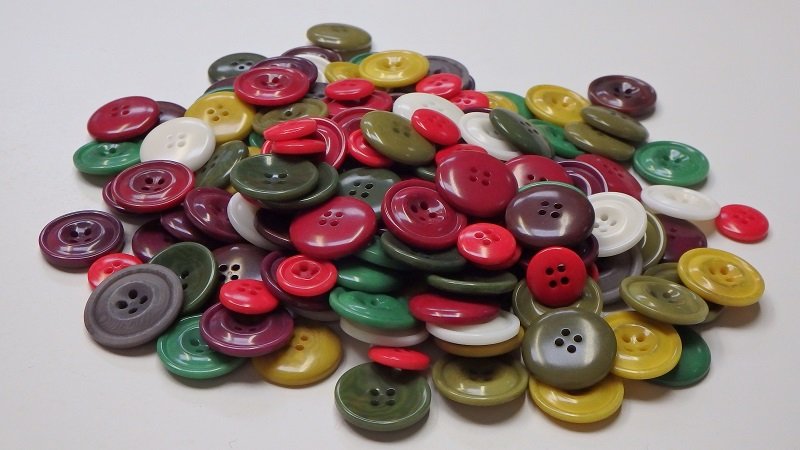 David can you tell us firstly, why buttons? And what was your professional background prior setting up Courtney & Co?

There is no pre-conceived reason why we got into button-making, it was entirely coincidental. However, I do have long held interests in related fields.

My grandfather was a tool-maker and furniture maker and worked in various industries over his life-time which was one of my inspirations. My father worked in the tea trade which brought an added, global dimension to my understanding of life. Putting both together, I started my working life in commodities in the City and learned a great deal about the trade in spices and ‘soft’ commodities (such as coffee, cocoa and sugar).

Fast forward 30 years and my interests in manufacturing and ‘commodities’ merged when the opportunity in button-making arose. Sourcing some of the most beautiful natural materials from around the world and then turning them into buttons was an incredible combination of inputs which was irresistible.

Can you tell us a bit about the acquisition of the horn-button manufacturers and how that came about?

There was an article in Country Life magazine back in the Spring of 2013 in which a call was going out to save horn button-making in the UK. It followed the collapse of James Grove & Sons Ltd. which had been trading for 155 years when it went into administration in December 2012.

Sadly, there was no chance of saving the company, but we made a very hasty decision to acquire the last button-making and finishing machines and much of the heritage of James Grove from the liquidator with the intention of leasing it out to the company leading the revival effort. Sadly, this did not work out at all and this company closed in December 2015.

We knew, however, that as long as we held the means of production, we retained a chance to get things up and running. We just didn’t know how at that moment in time.

At the point of acquiring the machinery and heritage how much did you know about button making?

Honestly? Nothing. My entire knowledge of button-making could have been etched on the back of one button, so it was a very steep learning curve.

As a brand you feel really strongly about the demise of so many of the UK’s manufacturers and industries. Is that something that has affected you personally?

The demise of British manufacturing is something that affects everyone either directly or indirectly. It is of huge consequence whether you lose your livelihood, a trusted supplier or manufacturing partner and is amplified by the fact that economies are organic. The loss of supply chain manufacturers can be as devastating as a final assembly manufacturer as it undermines the health of the overall industrial and manufacturing landscape.

Equally, as a consumer, and one who is interested in provenance, the loss of UK manufacturers diminishes choice to the point that it becomes almost impossible to buy domestically produced goods.  We are all affected one way or another by the loss of Britain’s manufacturing capability.

What has been your greatest challenge so far?

The loss of our manufacturing base has been accompanied by the loss of our skills base. This is a massive issue and has been our greatest challenge. But while we are championing button-making using ‘traditional techniques’, technology also plays a huge part. In fact, in some ways it is really helpful as the skills needed to make buttons today are different from those needed even 10 years ago.

But while this mitigates the loss of ‘old’ skills, there remains a fundamental need to find people with the skill sets which are required for today’s technology and that can be equally challenging. At present, we are leveraging off of former and still active button-makers’ who have honed their skills over decades, but our conversion to the new order is coming ever closer. 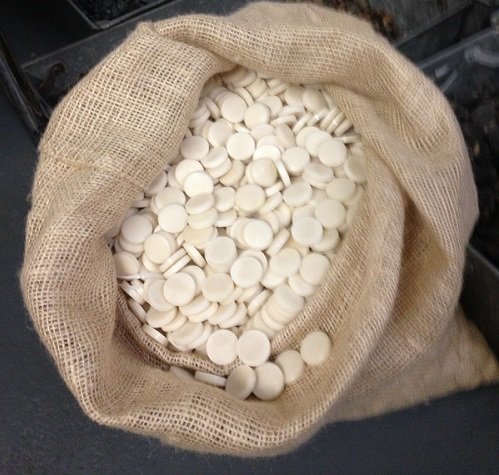 What would be the best piece of advice you would give to someone who has acquired a business that needs reviving?

There are so many different considerations. Of course, knowing what you are doing is a huge, perhaps, pre-requisite advantage, but it goes much, much further.

Passion, energy, determination, liquidity, a long-term vision and plan all play an indispensable role in securing a viable and successful future. Don’t be overwhelmed by the task. Break it down into the component parts and approach each in turn as priority dictates.

Don’t run before you can walk and elevate the needs of your customer above those of your own. Short-termism is anathema to the chances of success. You have to believe in what you are doing and ride out the highs and lows until you achieve your pre-determined intermediate and long-term goals. 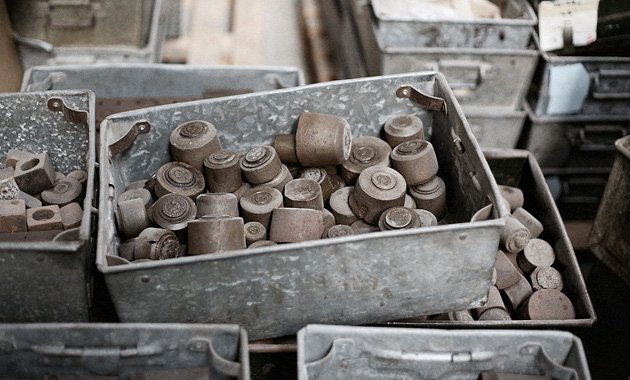 Why do you think it is so important that we still make buttons in the UK?

There is an undoubted, diversified and committed community of people and businesses who still recognise the quality and attractions of British-made buttons. Indeed, the word is slowly circulating and we are blessed with a gradual increase in both enquiries and orders. Small-scale, which suits us well, but distinct in trend.

Being the sole manufacturer of natural material buttons in the UK is a great accolade, but we are convinced that given time, we can prove reliability of supply, quality of service and product, competitive pricing and innovation that will support the increasing number of designers, ateliers and garment makers both in the UK and, eventually, further afield.

The use of natural materials is based upon an interest in global trade and sourcing on the one hand, and a conviction that nature provides the very best materials on the other. We have started with Corozo as it is a very special material. It retains, even after dyeing, a unique marling pattern much like finger-prints. The fact that it is derived from a nut (of the tagua palm) is incredible.

But, we are working on a number of other materials at present. Horn is unquestionably one and is among the most sought-after. That said, we are prototyping buttons using other materials besides and believe we have some very exciting new buttons in the pipeline.

What are your plans for the future of UK button manufacturing?

We would love to start recruiting and hiring the next generation of button-makers and dyers. Perhaps establish a button academy to teach people about the role and application of buttons, embrace the newest technology to drive efficiency and add flexibility to the mix.
Even open a heritage centre using much of the material we acquired upon the demise of James Grove & Sons.

There is a great deal to do, but we must be patient, find partners, supporters and customers and build a future together with them.

You can find out more about UK button manufacturer Courtney and Co here.