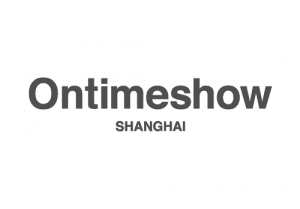 Chinese disposable income is currently rising at over 10% per year, and that new found wealth has led Chinese shoppers to look to the Western world to spend all that new found cash. Not surprisingly, British goods are one of the first things being snapped up, with recent research by YouGov in China showing that the top three associations with British products are high quality (38%), classic (37%) and fashionable (32%).

But whereas we are being told by the media that the Chinese can’t get enough of our stuff, when I speak to some of the British brands that I know, none of them are finding it easy to break into China. Lack of knowledge about the market, including which retailers to target, the right trade shows to attend, and who to trust when looking for a sales agent, have held most companies back from attempting to take advantage of this new found interest in quality British-made products.

So when Make it British was approached by the team behind the Ontimeshow, who have a huge amount of experience in putting on fashion exhibitions in China, it seemed like a great opportunity to help introduce some of the great British brands we know to key retail buyers over there.

The inaugural Ontimeshow is running between the 19th and 21st October, at the same time as Shanghai Fashion Week. Whereas the latter caters for big name local brands, this new show will specialise in introducing small, independent and niche brands to the key Chinese buyers. They have also made it super-affordable for British companies to attend to showcase their products.

With the Chinese looking to spend their new-found wealth on stylish, high quality products from the UK, now would seem like just the right time for an event like the Ontimeshow.

If you are a British fashion or lifestyle brand interested in finding out more about exhibiting at the Ontimeshow please click here to download the Ontimeshow information pack.