UK manufacturing in the news this week: saddle makers Brooks, MYB Textiles, skills shortages and sterling rises, and we are interviewed for Virgin Startup 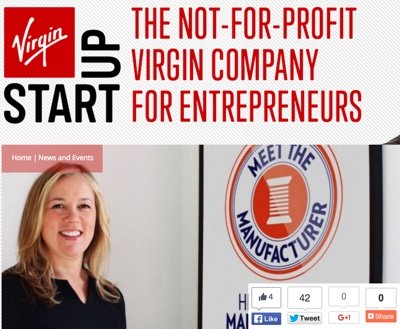 Made In Britain: a look at UK manufacturing

We were interviewed for Virgin Startup, offering advice for new companies wishing to manufacture in the UK:

As the startup scene flourishes, it’s heartening to see UK manufacturing receive a well-needed boost as well. More and more businesses are choosing to manufacture in the UK, for reasons from quality, control over the process, and a desire to put supporting local industry at the heart of their brand.

Kate Hills is the founder and editor of Make It British, a blog dedicated to championing British manufacturing and providing resources for businesses eager to manufacture in the UK. She’s also the founder of trade show Meet the Manufacturer, which connects businesses with manufacturers. With 20 years’ experience working for big brands, Kate became disillusioned with the short term vision many of them had about sourcing their products, and became a keen ambassador for British manufacturing. We asked her some questions about why making in the UK is great, how British startups can keep their manufacturing here, and what’s next for UK manufacturing. 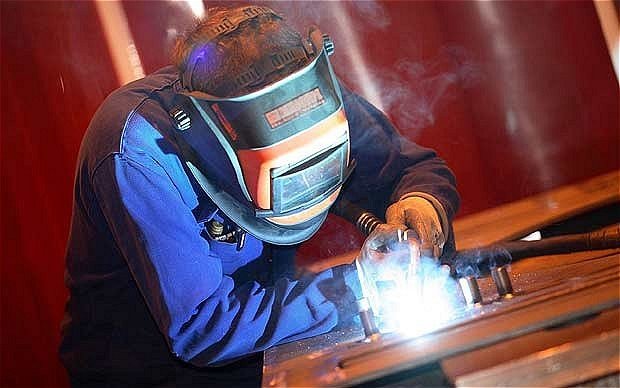 The Telegraph ran a report on how the strength of sterling is affecting UK manufacturers.

Rain Newton-Smith, the CBI’s director of economics, said: “Manufacturers have been struggling with weak export demand for several months, because of the strength of the pound and subdued global growth.”

“While on balance firms expect orders to stabilise next quarter, it’s disappointing that firms are having to scale back their investment in innovation,” Ms Newton-Smith said.

Pressure on demand meant that 70pc of the manufacturers surveyed by the CBI said that sales would be a constraint on production over the next quarter, up from 60pc three months ago.

Howard Archer, an IHS Global Insight economist, said that the survey was “thoroughly disappointing”, and was indicative of the continuing struggles of Britain’s makers. 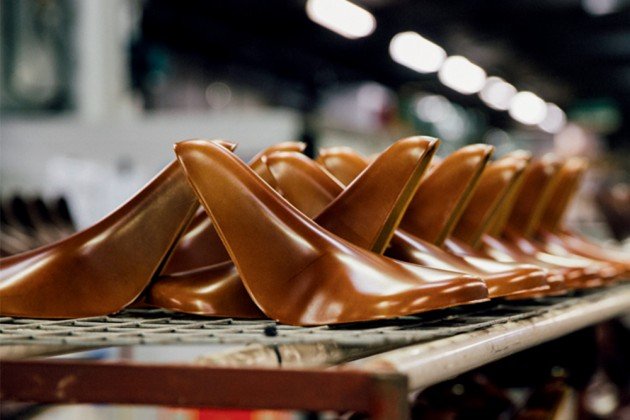 Inside Brooks: the saddle-making institution

A nice little feature in Cycling Weekly about the history of saddle maker Brooks.

Of course quality is something else that never goes out of fashion, particularly if it’s a high-quality product that’s made in Britain using traditional methods and natural materials.

Certainly that means Brooks saddles will be more expensive than their synthetic counterparts from the Far East, but looked after properly they will last decades. And when you see how they’re made, the £90 price tag on a B17 starts to look very reasonable indeed. 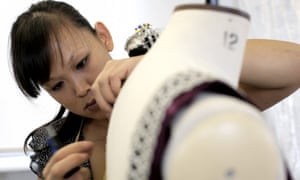 More talk on how the skills shortage is holding manufacturers back, including an interview with Christopher Nieper from Derby-based manufacturer David Nieper.

As a result, Derbyshire-based women’s fashion house David Nieper is struggling to keep up with international demand for garments “Made in Britain”. Over the coming years, as many of its longstanding dressmakers and seamstresses retire, the family-run business will find it hard to replace them so that the brand can continue making clothes in the UK.

The David Nieper fashion house designs, makes and sells its products directly to consumers around the world. “At least a third of our work is for customers overseas, so our ability to export depends on our skills here – but textile skills have vanished from the UK and gone to the Far East,” says MD Christopher Nieper.

The Scotsman ran a great feature on MYB Textiles, one of the last remaining lace makers in the UK.

Morton Young and Borland (MYB) textiles sits at the end of a long street in Ayrshire, surrounded by desolate factories that were once occupied by a thriving manufacturing industry and filled with a productive workforce.

In 2015, it’s the last lace and madras producer in the area and the only producer in the world manufacturing patterned lace with original Nottingham Lace Looms. Coming straight from its factory in Newmilns, MYB products have appeared everywhere from Hollywood film sets, tourist attractions and soon to be world famous catwalks.

Having invested heavily in developing and modernising their production techniques and continuing to keep up with the latest emerging trends (while maintaining their traditions and techniques from the past), Morton Young and Borland remains one of the last textile factories standing.