UK manufacturing in the news this week: The importance of design and technology to Made in Britain, the Chinese consumers looking to buy British, and manufacturers views on EU exit vote…

The importance of design and technology to Made in Britain

The importance of Design & Technology has never been more paramount, yet the subject now faces an unprecedented threat as a consequence of neglect and error by Britain’s leaders, warns Richard Green, chief executive of the Design & Technology Association.

Design and Technology (D&T) is a widely misunderstood and misrepresented subject. For too many people – including ministers, employers and parents – it is still perceived as the subject they probably studied when they were at school, i.e. woodwork or metalwork. 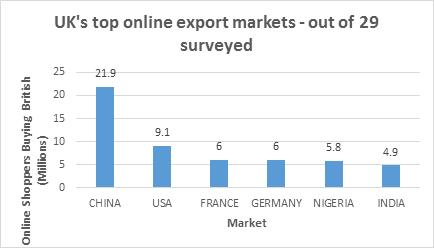 A recent survey by Paypal reveals that a quarter of British goods bought online and exported overseas find their way to China. Whilst these products aren’t all necessary made in Britain, it shows the demand from Chinese consumers to tap into brand Britain.

The UK is now the third biggest online exporter worldwide, with British goods increasingly in demand among foreign shoppers, new research from PayPal revealed today.The research, shown exclusively to the Telegraph, revealed a new wave of markets eager for our products, with Nigeria and India leading the way with an estimated 5.8m and 4.9m online shoppers respectively buying British in the last year, placing them 5th and 6th in the list of online buyers of British goods.

In light of the news that Chinese shoppers make up a quarter of UK online exports, analysts have called on British businesses to heed international consumer behaviour patterns in order to expand their international sales. 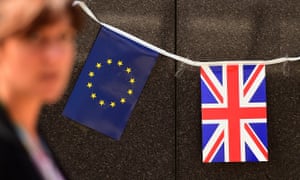 A debate chaired by the all-party parliamentary manufacturing group a couple of weeks ago looked at two opposing views on the effect that leaving the EU might have on UK manufacturing.

Campaigners to leave or stay in the European Union have clashed over the impact a possible British exit would have on small and medium-sized manufacturers…Terry Scuoler, chief executive of the manufacturing organisation the EEF, said there was overwhelming support from his members to remain in the EU and that Europe was the UK’s most important export destination.

“90% of my member companies export to the EU and they wish to continue to do so. It’s by far our biggest market and it is a free market of 500 million people. And, if we were to succeed to make it a free market for services I think opportunities would be even greater,” said Scuoler.

Matthew Elliott, chief executive of the Vote Leave campaign, formerly the head of the Business for Britain group suggested that EEF members were mostly larger businesses not SMEs. He also said there was division among manufacturers with more smaller companies favouring Brexit.

How innovation can return UK manufacturing, compete with China and return to the global stage

Specifically, by encouraging collaboration amongst inventors and manufacturers in the UK, innovations can be developed on home soil, which would bring crucial jobs and revenue back into this country, while expanding Britain’s general research and development (R&D) capabilities.