Is it possible for a modern family to live an entirely British life? 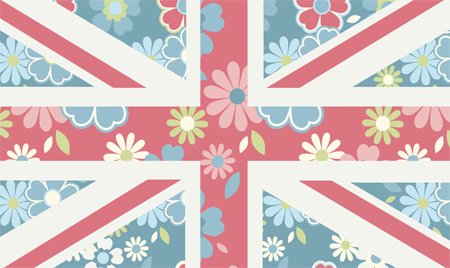 In the first of a series of guest articles that they will be writing for Make it British, we meet The Bradshaw family from Kent who have started 2013 with the resolution to only buy British made products. We will be following them on their journey over the next 12 months to find out if it is possible to live as a truly British family.

“We are the Bradshaws, a normal family living in a two-bed-semi in the small town of Westerham in Kent. Emily is a teacher in a local school and mother to our son, Lucan, who is 2 ½ years old. I am James (Dad) and work in the city ‘for the man’ in an attempt to keep this happy home running smoothly. We are, I am sure, a typical British family – with all of the trappings, ambitions and needs common to the majority of our fellow Island dwellers. However, this year we decided to see how British we really are as a family and how that affects the way we live.

Starting on 1st January 2013, The Bradshaws committed to buy only British goods and services. This means that anything we consume, wear or use will come from either British manufactures or brands.
We are nearly 2 weeks into our journey to buy only British and in that time we have had to face some of the boring stuff to get us started. This included reviewing all of our finances and household service providers against our Britishness scale. Those services that were not offered by British companies are going to have to go. Thankfully, things like our mortgage, water, gas and electricity were already provided by British companies. As too was most of our banking, apart from Emily’s personal bank account. She was not too happy when I told her that she had to move from HSBC. But on the 2nd of Jan we all schlepped down to Bromley to open an RBS account for her, before closing the old one. At least now we can say that all of our basic household bills are now entirely British.

While in Bromley town centre we decided to do some post-Christmas sales shopping. After an hour wandering aimlessly up and down the high street we decided to give up. What we quickly came to realise was that buying British on a modern British high street was going to be difficult (if not impossible). A sad mix of the usual names selling 99.9% products made in the Far East or in Eastern Europe.
We have also done our first supermarket shop at Waitrose, in which we faired a little better, but it was obvious that we could not buy as we usually would. Interestingly, John Lewis, who own Waitrose, actually have a policy of supporting British produce.

Ultimately, I do think that the enormity of our task has not yet dawned on us. The things we are going to struggle with are some of the more basic items. I mean, were do you buy British toilet rolls? This is a question we are going to have to ask ourselves in about a week’s time. Perhaps some rationing will have to be imposed!
We have a bit of a buffer, as we are still living off a well stocked multi-cultural larder and our general household supplies are well stocked for the time being, but this is going to change very quickly. I think that the high street and the supermarket can realistically only account for 30% of our British goods, so we will have to look at alternative sources. We have, through our growing network on Twitter, been put in touch with a company called Kent Veg Box who are able to supply an entirely British selection of fruit & vegetables and even meat & fish. Our first order has arrived and is fantastic!

I suspect that the internet, more generally, is going to be our main resource for buying British goods and produce moving forward. It seems to be niche/smaller manufacturers that provide British alternatives to the everyday products that are generally imported from abroad.
It is still early days, and while these are our initial impressions of what our year has yet to hold, I am sure that we are in for a few surprises (both good and bad) and certainly a change in our usual lifestyle in store. Whether these changes are positive or not and whether this life style can be maintained long-term is yet to be seen.

We will be sure to keep you posted at britishfamily.co.uk

The Bradshaws ( The British Family)

8 thoughts on “The Bradshaws, a Truly British Family Month One”