The final day of my tour of the factories in Lancashire 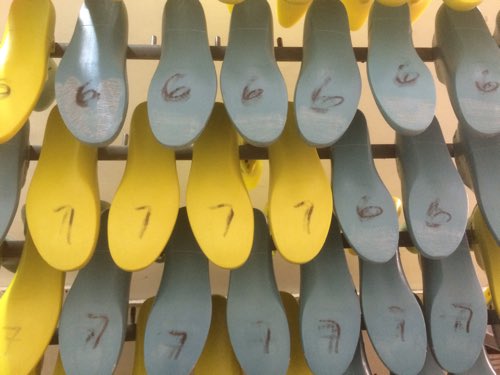 One of the British-made brands that I really admire is Walsh. Their trainers have been produced in Bolton since the early sixties, and the company is still British-owned and family run. Jason, the son of the owner, kindly agrees to see me, despite the fact that only half the factory is running because their compressor, which powers the machine that shapes the shoes, is broken. I think he thinks that I am crackers wanting to come in and see a few ladies stitching small pieces of leather together! After seeing some of the big factories in Blackburn, Walsh is very tiny in comparison. But it is still a hive of activity, and every square foot of space is filled with the components that go into making the iconic Walsh shoes. 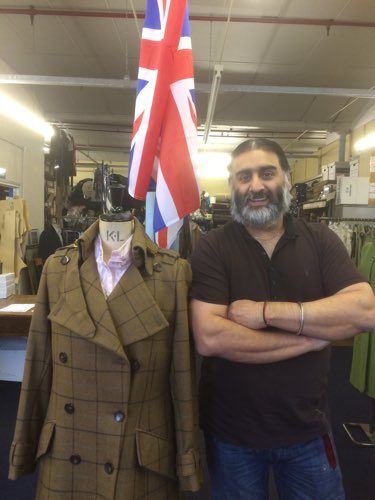 Upender Mehra at Beaver of Bolton

A trip to Bolton would not be complete without a visit to Beaver of Bolton to see Upender Mehra. I had met some characters so far on my trip, but Upender is certainly the most colourful. He is also the only person that I know that has been banned from Facebook for sticking up for British manufacturing! I won’t go into the details of why that was, but I don’t think that he regrets it.

The Beaver of Bolton manufacturing unit is on the top floor of a huge Victorian warehouse, and houses roll upon roll of fabric that have been gathered by the factory over the years. Alongside the Beaver of Bolton own brand, which is stocked by country outfitters the world over, the factory also makes Upender’s own Liberty Freedom collection, as well as for several other designers.

My next stop was Headen & Quarmby, the factory made famous when it appeared on the Mary’s Bottom Line series on Channel 4. Founded by Mary Headen and Eric Quarmby in the 1930’s, the business is now run by their grandson David Moore, and still produces the Kinky Knickers that Mary developed on the TV show. David shows me some of the original sales ledger books from when the factory first opened; beautifully hand-written by his grand-mother, and detailing the very rapid growth of the firm as it established itself as a quality nightwear and intimate apparel supplier in the inter-war years. 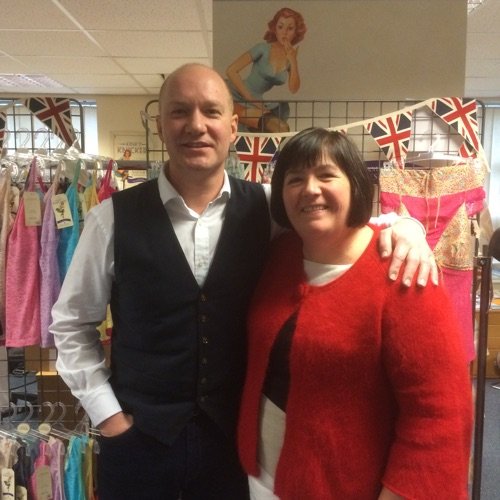 Britannia Knitwear was the final visit on my three day tour, located not far from Manchester city centre. Sufyan, the owner, shows me the Shima Seiki Wholegarment machines that the factory uses which allow them to knit each garment in one piece, three-dimensionally, directly on the knitting machine. This method of knitwear manufacture requires no seaming after it is knitted, so is quicker to produce than the traditional type of machine knitted garment. However, the programming of the machines is very complex, which makes manufacturing each style in small runs pretty unviable, hence Britannia’s customers are fast-fashion high street retailers who order in very large quantities.

Before I leave Britannia I am introduced to Sufyan’s dad Asif, who is the original founder of the knitwear business. He tells me that he is due to retire soon and leave his son to run the company. When I ask him what he plans to do in his retirement he informs me that he wants to set up another knitwear business, this time concentrating on the high-end market. As I have found with many of the companies on my tour of the textile firms in Lancashire, once you have manufacturing in your blood, it is very difficult to let it go!

I would like to thank all of the great people that welcomed me into their factories over the three days that I spent in Lancashire, the home of the Industrial Revolution. I have been truly heartened by how many of the businesses are still family owned, and inspired by their determination to make UK manufacturing work through thick and thin. I hope that they continue to prosper in the coming years, as these people are the ones that are driving the new industrial revolution.