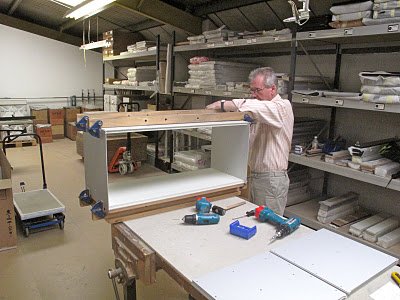 The results of a survey of 1000 manufacturers carried out by the Institution of Mechanical Engineers last month showed that the Government could be doing more to support them.
Only 17% of UK manufacturers surveyed said that they felt the Government was performing well, whilst 35% of respondents said that they were now less confident about the future of the sector than they were before the general election. 85% of UK manufacturers felt that the coalition was more committed to the financial sector than to their industry. One of their greatest concerns was that the Government was not doing enough to encourage young people to take up a career in engineering or manufacturing.

And it isn’t just industry insiders that feel let down by the Government’s support of the manufacturing sector – according to a similar survey of 2000 members of the public, only 19% believe that the coalition’s policies are helping UK manufacturing. 55%  also felt the same way about the lack of careers advice to promote engineering and manufacturing.

Philippa Oldham, head of manufacturing at the IMechE, said: “We have welcomed the interest shown in UK manufacturing by the main party leaders in recent months, but visits to factories and warm words of encouragement are not enough….Government must set out a clear, long-term industrial strategy with cross-party support. This strategy must look to address the engineering skills shortage and provide greater financial incentives”

Photo of Vitsoe Workshop by Adam Thompson of Manufacture & Industry