How The Cambridge Satchel Company fought back and won 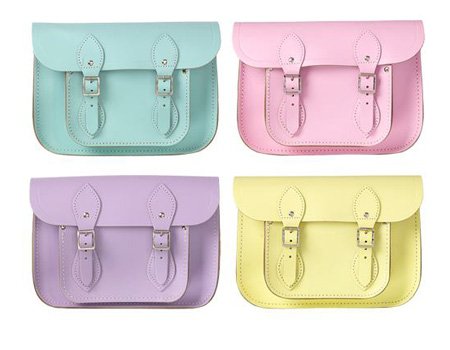 It goes something like this…The Cambridge Satchel Company was launched by Julie Deane from her kitchen table in 2008. She took the classic British satchel and gave it a much-needed makeover by manufacturing her bags in a wide selection of distinctive leathers, such as metallics and fluorescents. Although other people had been making leather satchels for years, The Cambridge Satchel Company made them fashionable again. The bags were picked up by fashion stylists around the world and used by designers such as Comme des Garcons on their catwalk, and they are now stocked in world-class stores such as Harrods and Selfridges.

Despite the company’s rapid growth Julie always vowed to make the bags in England, and in 2010 when orders grew she took on an additional handbag manufacturer called Leicester Remedials & Sewing. A year later a suspiciously similar new leather satchel company appeared on the scene called Zatchels.

Zatchels bags were strikingly similar to those from the Cambridge Satchel company, right down to the types of leathers that they offered. Fair enough, you may think – a product becomes fashionable and everyone does their version, there’s nothing new in that. However, a search at Companies House revealed that the copycat satchel brand was registered at the exact same address as Leicester Remedials & Sewing Ltd – the manufacturer used by The Cambridge Satchel Company. And the leathers that they were using for their Zatchels range looked remarkably similar to those that Julie Deane had supplied them with to make her bags. They were even exactly the same sizes as Cambridge Satchels, which meant that the manufacturer was using the same patterns that The Cambridge Satchel Company had paid for. 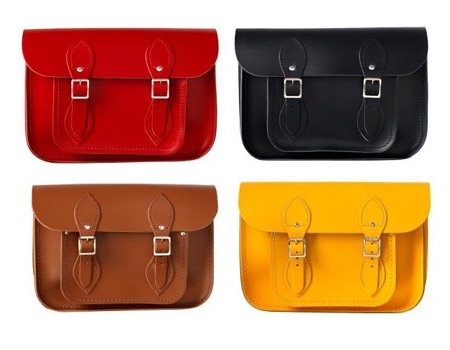 So Julie Deane sought compensation and damages from Leicester Remedials for breach of contract and the unlawful use of her patterns and leather, and last week it was announced that she had won an out of court settlement, resulting in Zatchels having to pay an undisclosed sum to The Cambridge Satchel Company.

Obviously discovering that your manufacturer is ripping you off is a very stressful experience, but sadly it is all too common in the fashion industry. It is probably less likely to happen when you manufacture your products closer to home, as you can keep a better eye on what is going on, but it still happens.

It has been tough for manufacturers in Britain over the last few years, and wisely many have sought to fill down time at the factory by making their own collections. Private White V.C. and Cro’ Jack are two great examples of British manufacturers who have started their own labels WITHOUT resorting to copying the work of others.

The happy ending to this story is that The Cambridge Satchel Company have now set up their own factory to make their bags, and many of the staff from their former manufacturers have now come to work with them, finding Julie a far nicer employer.

Julie is now the latest star of the Google Chrome advert shown below,  part of a series entitled ‘The web is what you make of it’, showcasing people who have become successful thanks to the internet. Well done Julie!