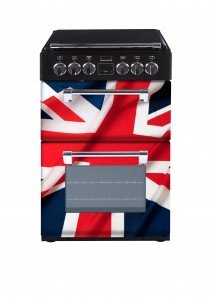 Further to my post a while back with some interesting UK manufacturing statistics , I now have some more great findings* kindly given to me by Stoves, who still manufacture cookers in the UK from their Merseyside headquarters.
Their survey found:

As a result of the findings Stoves have launched a campaign for a standardised ‘Made In Britain’ marque to be used on British-made products. A nationwide student design competition is being run to create the marque, with the winning logo to be revealed in June 2011.

The more publicity that UK manufacturing receives like this, the more that the public will start to question where the products that they buy are actually made, and by whom. The majority of those polled by Stoves said that supporting UK manufacturing and jobs is the main incentive for them buy British. If those British-made products are made easier to identify by this new marque, then that would be great.

For more information about Stoves and its Made In Britain Marque campaign visit their website.

*Survey of 1,000 people carried out in January 2011 by Your Say Pays on behalf of Stoves