Radio 4 discusses UK manufacturing on special editon of You & Yours 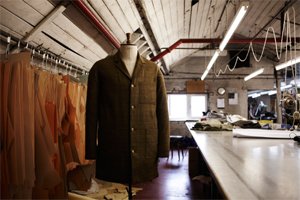 It is great that the media is really getting behind the Made in Britain movement at the moment – the latest example being Radio 4 covering the topic of UK manufacturing in a specially edition of You & Yours today. The programme was entitled ‘Made in Britain – Does it still make sense to manufacture in the UK?’  and it featured lots of lively debate from companies that make in Britain, including James Eden from Manchester-made clothing brand Private White V.C., as well firms that make offshore giving their reasons why they don’t make their here.

I even made an appearance on the show discussing brands that ‘Fake it British’ and why there is a need for an official Made in Britain logo.

One of the main topics being discussed was how much Great Britain is lagging behind in exports – particularly to the fast growing economies of the BRIC countries. It was shocking to hear that in January 2013 our trade deficit in goods was £8.2 billion, meaning that we imported a damn sight more than we shipped abroad. This is despite the fact that Lord Green, the Minister of State for Trade and Investment, stated that ‘Brand Britain’ is highly regarded around the world. It appears that other G7 countries, such as the USA and Germany, have been far quicker off the mark than we have to take advantage of the growing wealthy middle classes in the BRIC countries of Brazil, Russia, India and China. Instead Britain has been trading on its own doorstep, and economic issues in Europe have effected our export sales.

The cost of sourcing from China was also debated – pay rises of 30-40% over the last few years  have meant that China is quickly losing its competitive edge in salaries – and the conclusion was that we should now look at the huge opportunity that we have to sell products into China instead. All makes perfect sense.

If you are interested in UK manufacturing, which of course you must be if you have found this website, then the show is well worth a listen while it is still on iPlayer. You can find it here, and I would love to hear your thoughts about any of the topics discussed on the programme.