A step forward for Made in Britain labelling? - Make it British Skip to content

Made in Britain labelling for ceramics 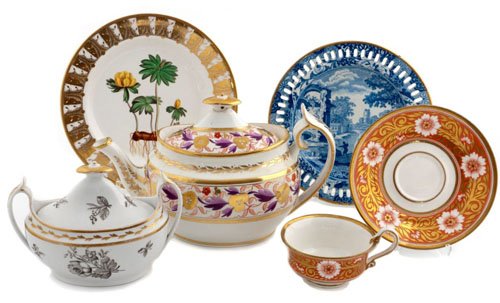 Spode Pottery. Founded in 1770 in Stoke-on-Trent

Anyone that reads this blog regularly will know that a constant bugbear of mine is when a product is marketed to the public as ‘British’, when in fact it is not made in Britain. This is something that I have coined the phrase ‘Fake it British’ for, and there are far too many examples of it taking place at the moment (see previous articles on HP Sauce, Team GB kit and just about anything to do with the Jubilee). This is why it was great to see an MP standing up in the House of Commons yesterday complaining about misleading country of origin labelling that is deliberately designed to confuse the customer.

Tristram Hunt is the Labour MP for Stoke-on-Trent Central, and he has every right to feel strongly about the subject. His constituency is the home of pottery, which has been made there since the 16th Century.  The great pottery manufacturing names of Wedgwood, Spode, Royal Doulton and Minton, celebrated around the world for the excellence of their craftsmanship, came out of Stoke-on-Trent, and the “Made in Staffordshire” stamp is a global hallmark of excellence around the world.  So when  companies are trying to trade off that skill by passing pottery off as ‘made in Britain’, when it has been made abroad but merely finished in England – a process known in the ceramics industry as ‘bogus back-stamping’ – it is wrong on so many levels.

As Tristram put it to the House of Commons, “it is harming jobs and investment in the UK, and especially in Stoke-on-Trent. More than that, morally, it is trading off the skills, sweat and application of generations of Stoke-on-Trent workers, who turned the “Made in Staffordshire” brand into a world-class mark of excellence”.

Whilst Mr Hunt has no problem with goods being made abroad and finished in the UK, it is the fact that some “companies will produce a big mug with a Union Jack on and stamp England on the bottom of it and it’ll be made in Romania or China”, that he has a problem with. He raised the fact there is even an EU directive for ceramic ware that states that a product has to be labelled according to the country in which it has its first firing, and yet still this practice is going on.

The Stoke MP would like to see this dubious practice of misleading labelling, be it for pottery from Stoke or knitwear from Scotland, ironed out, in order that the consumer can be in a good position to make an informed choice – not lead into believing that they are buying into 300 years of British craftsmanship, when in fact they are not.

Speaking in return, Jo Swinson, Parliamentary Under-Secretary of State for Business, Innovation and Skills, said that the onus lies with trading standards to enforce the current law, rather than there being any likelihood of a compulsory Made in Britain labelling system being enforced. She cited the cost of implementation to businesses of any such ticketing as the reason the government is against it, and even if they wanted to bring in such labelling anyway, she claims that they could not due to rulings by the European Court of Justice.

However, it’s not all doom and gloom for those that would like to see clearer labelling of the products that they buy. The basic rule is that ‘if consumers are likely to be misled in their purchasing decision, an offence is likely to have been committed’. And in the case of Mr Hunt’s Fake it British pottery, they have indeed been misled.