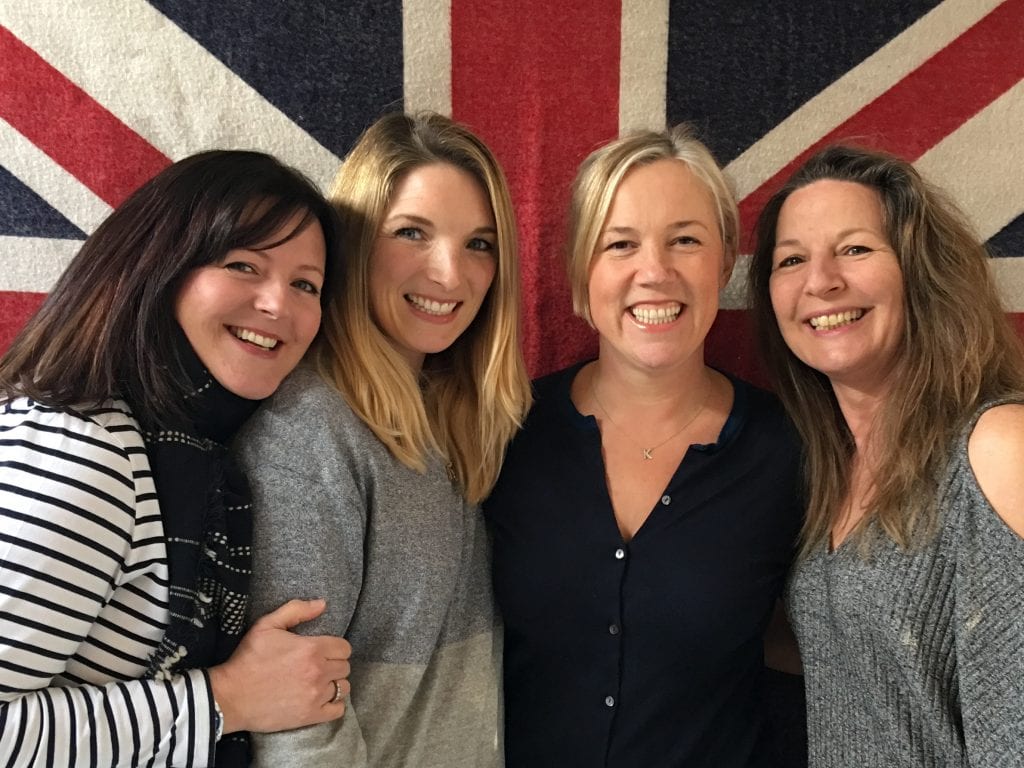 Around 54,000 new mothers lose their jobs each year, according to an Equality and Human Rights Commission (EHRC) report.  It was statistics like this that prompted Kate Hills, a mother of two young children herself, to employ an army of mums to support her when she launched her own business six years ago.

What began as a blog written at her kitchen table has now become a thriving business for Kate who is the founder of Make it British, the campaign to help promote UK manufacturing and British-made brands, bringing together the best of British designers, buyers, retailers and manufacturers.  After 20 years of working as a designer and buyer for brands such as Burberry and M&S, Kate left in 2011 to set up her own business and spend more time with her children.

Kate explains: “The blog began as a bit of ‘light relief’ to keep my hand in with the fashion and textile industry while I was studying for an MA in internet marketing.  Through writing the entries, I began visiting different businesses around the UK and discovered some fabulous products that are still made in Britain.  It struck a chord that if we wanted to keep these skills alive, we had to support the makers in Britain that still had these precious skills, otherwise we’d lose them forever.”

Kate felt so passionately about the Make it British cause that she invested all her life savings in the event.  But she’d never run an event before.  So, when she was let down by a potential business partner at the last minute, she was devastated.  She had a choice – to either pull the plug on the idea and lose the money, or gather the right team around her to get it off the ground, and quick.  She chose the latter and hasn’t looked back!

Says Kate: “The Make it British mission is to ‘help you make it British’, with the emphasis on help.  I needed people who were good listeners, calm in a crisis, hard workers and flexible.  People like me – mums!”

Kate now employs a team of five who are all mums that she’s met through other mums, toddler groups or internet sites, such as Digital Mums.  They have 13 children between them and are all trying to combine being a stay at home mum with being a working mother, juggling family life with work.  And the formula is proving successful.  They bring together a raft of skills, including event management, PR, sales and marketing to create a highly efficient, flexible and fun-loving team.

Kate adds: “Everyone puts in the hours, the work gets done and we still have time to go to the sports days, the Christmas concerts and to juggle around school holidays and sick children.  In fact, we used to have a 21-year old working on the team, but since he’s left I’ve got a mum who does his job in half the amount of time and gets twice as much done! Many of the businesses that contact Make it British are also run by mums and so it helps that our team can really empathise with them.”

Take Tiffany Rose for example, award-winning designer maternity dresses, made in Britain and launched by mum, Tiffany London, who happens to live round the corner to Kate.  Or the All-in-One Company, started by Kate Dawson when she was unable to find sleepsuits for her own children on the High Street.  Kate Dawson is now an avid supporter of Make it British.

Says Tiffany: “We employ 17 women at Tiffany Rose, several of whom are mums and in the last two years we’ve seen four of our senior team members go on maternity leave.  Whilst losing valuable team members for several months can be tricky for any business, they have all returned to us after their leave and we are thrilled that the business can benefit from such commitment, growing knowledge and experience that our working mums offer. Being a mum myself I can appreciate the challenges of juggling work life with motherhood and so we try to be flexible wherever possible, which in turn creates a lot of goodwill and appreciation from the team.  If we were able to set up a crèche at our HQ then I would seriously consider it!”

Tiffany and Kate, along with the Make it British team will all be at the next Meet the Manufacturer event, which takes place on 24 and 25 May 2107 at The Truman Brewery, London.  The two-day event includes a trade show, with over 150 exhibitors, and a series of workshops and seminars.