Would you think this kettle was made in the UK? - Make it British Skip to content

Would you think this kettle was made in the UK? 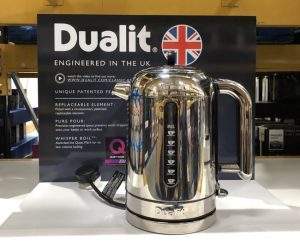 Would you think this kettle was made in the UK?

When I surveyed our followers on Instagram with this image over 30% of them thought that this kettle was made in the UK. So if you did too, you’re not alone.

It’s an ongoing problem, and something that I call Fake it British!

Previous examples that I have uncovered can be seen here, here and here, but there are many more that I’ve not even documented.

Because it has been proven that many consumers actively seek out products which are made in the UK, there is a great value in promoting something as ‘British’. But if labelling and packaging is not clear, shoppers could end up finding themselves with a purchase which is not all that they first thought.

I couldn’t find a ‘made in’ label anywhere on this Dualit kettle but there was a Dualit toaster sitting alongside the kettle in store and that was proudly announcing that it was Handmade in the U.K. so why not use the same message for the kettle? 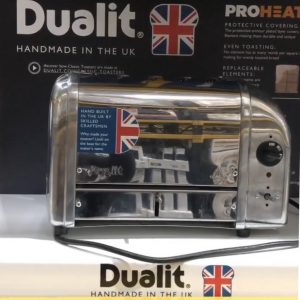 I’m still waiting for Dualit to get back to me to confirm the kettle’s country of origin.

I’ve no doubt that both kettle and toaster are quality products, but if the kettle isn’t made in the UK it is a real shame that Dualit had to resort to this. The fake it British marketing detracts from their fantastic toasters which ARE made in Britain.

I’d love to hear your thoughts on this, or examples of any products that you have seen in stores that use misleading marketing to dupe consumers into thinking they are buying a made in the UK product.