Luxury industry body Walpole issues a warning on how Brexit could effect British brands that manufacture in the UK.

CEO of Walpole Helen Brocklebank said she would urge the Conservative party “once famous for being the party of business“, to deliver a pro-enterprise Brexit, “enabling our members to protect jobs in the UK and continue to promote Brand Britain around the world”.

British luxury brands are known for being standard bearers of high quality on the global market and are committed to being able to retain production in the UK. Manufacturers of luxury goods employ 110,000 people in “long term, sustainable and regional jobs” throughout the UK, the industry body pointed out. 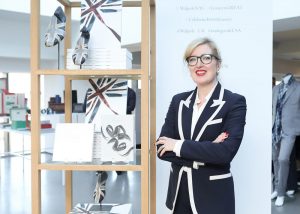 Jaguar Land Rover joins the latest in a line-up of firms manufacturing in the UK to issue warnings about the effect a hard Brexit would have on their business.

“A bad Brexit deal would cost Jaguar Land Rover more than £1.2bn profit each year,” said the firm’s chief executive, Ralf Speth. “As a result, we would have to drastically adjust our spending profile – we have spent around £50bn in the UK in the past five years, with plans for a further £80bn more in the next five. This would be in jeopardy should we be faced with the wrong outcome.”

And Top Gear highlighted the same issue in this article: How could a ‘no-deal’ Brexit affect the UK car industry? 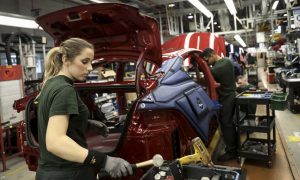 Made in Britain: Unmade by Brexit? (Management Today)

Maybe Brexit isn’t all doom and gloom? An article in Management Today argued that it provides an opportunity for British brands to capitalise on their appeal overseas.

“The good news is that Britishness still holds massive value for consumers. Research released late last year showed that 75% of British and American consumers are more likely to buy a product that has been made in Britain. Similarly, the depreciation in the pound makes British goods appealing for buyers abroad. But in such a volatile world neither factor offers long term success on its own.” 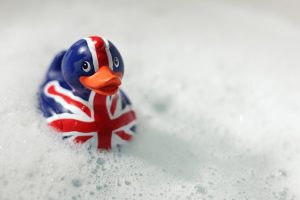 Is Brexit a good opportunity for British-made brands?

An interesting project caught my eye this week. It is the start of a photographical essay of the making of a British suit by photographer Andy Barnham. Having already started with some promising photos of the Abraham Moon and London Cloth mills, as well as this picture from Campbell’s of Beauly tailors in Scotland, Mr Barnham is calling for more UK manufacturers to be involved.

“A photo essay of portraits, processes and craftsmanship involved in the making of a British suit. By doing so, promote Best of Britain and Made in UK and showcase the heritage, the amount of people, the skills and time required across the breadth of the UK before ending with portraits of clients wearing the finished products.”; 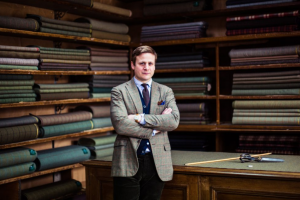 Did you know that Ebac are the only manufacturers to make their washing machines in the UK? Whats more, the recently launched British-made machines are only being stocked in independent retailers in order to spread the maximum economic benefit and to make sure the premium quality machines are accessible to everyone.

“Ebac has invested £7m in the development of its washing machines, and has built collaborations with leading appliance experts, with more than 120,000 man hours provided in research and development. This has resulted in a world-class product and a comprehensive understanding of washing machine technology and manufacture.” 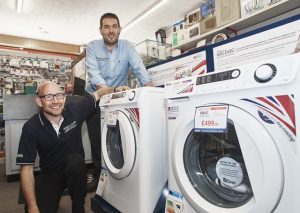 We were delighted to see Make it British members Tiffany Rose feature in this interview in Drapers magazine. Tiffany Rose are one of the only maternity wear brands to make in the UK.

“At the beginning it was very natural to start manufacturing in the UK as we were a small business that needed to grow. UK manufacturers are brilliant at offering flexibility and small production runs. However, as our business grew, so did our manufacturers and this symbiotic relationship worked perfectly – we have never looked back.” 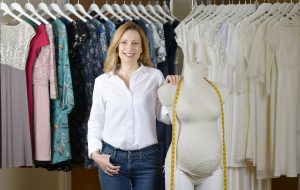 Fast fashion is a much-known scourge, but should we now look at the ethics of our furnishings? (City A.M.)

Another Make it British member, One Nine Eight Five, was featured in this article about ethical homewares. Eleanor Nadimi, the founder of One Nine Eight Five, used to work for H&M before setting up the business, which sells cushions, throws, furniture and wall art made in the UK.

“Nadimi is part of a niche, but growing, movement within homeware that is turning its back on unethical labour practices and unsustainable manufacturing. Most of her designs are handdrawn, altered digitally, then made by small suppliers in the UK.” 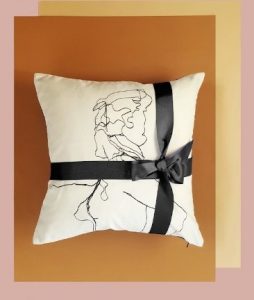 One Nine Eight Five manufacture their cushions in the UK

Football fever has gripped the nation this week as Britain enters the World Cup semi-final for only the third time in it’s history. Gareth Southgate’s choice of fashion attire has not gone unnoticed either, with savvy British brand Sir Plus using the England manager’s garment choices to gain some press attention for it’s British-made waistcoats!

“Henry Hales, the (Sir Plus) brand’s founder, said: “I’m so impressed with Southgate’s performance, and with his choice of attire. If we make it through to the semi-finals, the waistcoats are on us. Hopefully we’ll be seeing him in our Portobello Road store very soon.” 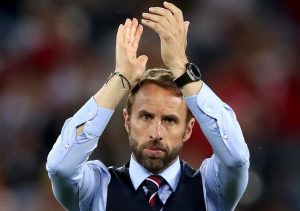 Sir Plus have offered Gareth Southgate a lifetime’s supply of their made in the UK waistcoats!

Make in the UK and been featured in the news? Drop us a line and we’ll let you know how you can be included!