Make it British member The Leather Satchel Co. had the opportunity to present three personalised leather backpacks to Prince William as he visited the International Business Festival in Liverpool. The bags were handmade for George, Charlotte and Louis at The Leather Satchel Co’s workshop in Liverpool. The style is appropriately named the ‘Mini Windsor’.

“The Prince genuinely appeared to brighten upon seeing the bags and was very interested in them. He commented how “Really Fabulous” and “Beautifully Made” the backpacks were and asked a number of questions around the history of the business and seemed thrilled that the company behind them was a 50-year old local family business.” 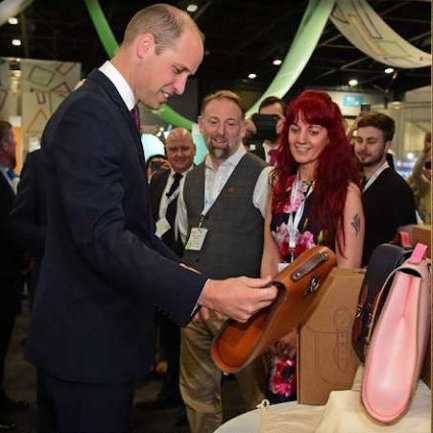 “Sarah Turner started the innovative company when living in a small flat while work was being done to her house. Guilty about using the tumble dryer, she became conscious of its environmental impact and invested in plastic dryer balls to speed up the process. But the noise was unbearable, so she devised her own solution: as a keen felter – and an ardent lover of all things wool – Sarah got to thinking about the softening power of natural lanolin so set to work on her first all-natural, pure-wool, hand-made, super-softening dryer-balls packed with the power of British wool and soothing lanolin.” 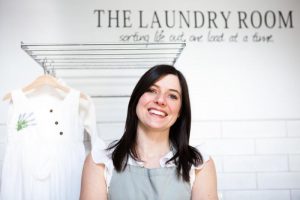 Soft furnishings manufacturer Herbert Parkinson is developing a secret new product line and is set to continue recruiting new staff into next year according to the Lancashire Telegraph. Owner The John Lewis Partnership has invested the £3m in the factory which makes individually-tailored curtains and blinds.

“Stuart McDonald, managing director of Herbert Parkinson Ltd, revealed the future plans as he showed the town’s MP Jake Berry around the company’s new £3million ‘bespoke’ goods department.He is now in the final stage of recruiting the 70 new staff needed for its full roll-out by the end of August, with 20 vacancies still available.” 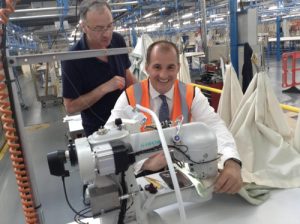 Call me old-fashioned, but I love a paper straw. So I was delighted to read that a new paper straw factory is to open in Wales.

“No paper straws have been made in Britain for the last several decades. But that is about to change as a group of packaging industry veterans prepare to open a dedicated paper straw production line in Ebbw Vale, Wales, making hundreds of millions of straws a year for McDonald’s and other food companies as they prepare for a ban on plastic straws in the UK.” 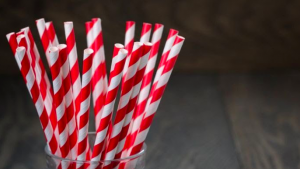 Remember the stripy paper straws from the ’70s? They’re coming back!

Airbus, which employs 24,000 in it’s manufacturing operations in the UK, raised concerns about the viability of it’s UK manufacturing if trade deals with the EU didn’t come off by the time Britain leaves the EU in 2019. More than half of Airbus’s UK employees work in highly skilled manufacturing jobs in Wales.

“In its Brexit “risk assessment” published on Thursday, Airbus said if the UK left the EU next year without a deal – meaning it left both the single market and customs union immediately and without any agreed transition – it would “lead to severe disruption and interruption of UK production”. 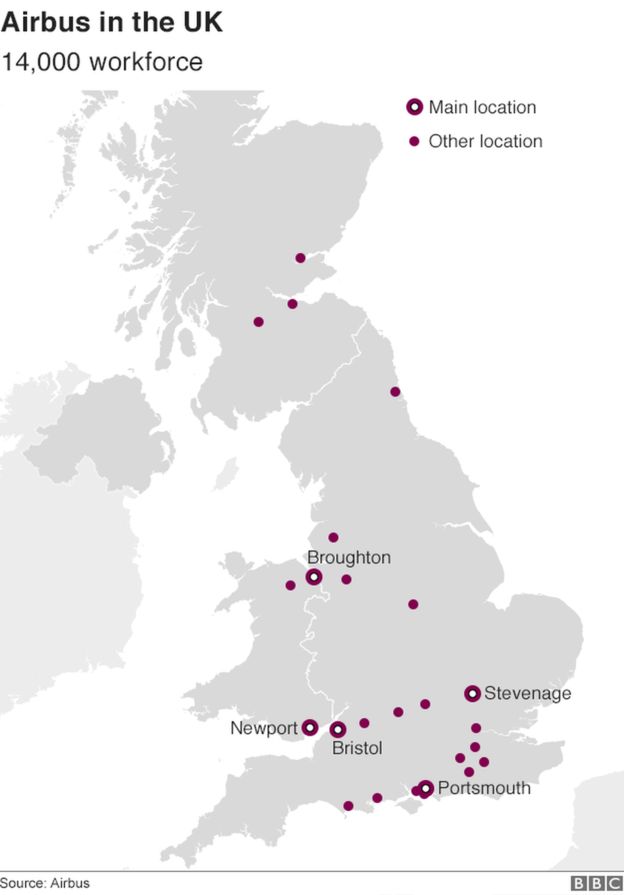 How British is a Mini? (BBC News)

BBC Business editor Simon Jack illustrates the percentage of parts that go into the iconic British Mini that are sourced from other countries in the EU in this short video clip.

Make in the UK and been featured in the news?
Drop us a line and we’ll let you know how you can be included!