Who says nothing is made in Britain anymore? - Make it British Skip to content

Who says nothing is made in Britain anymore? 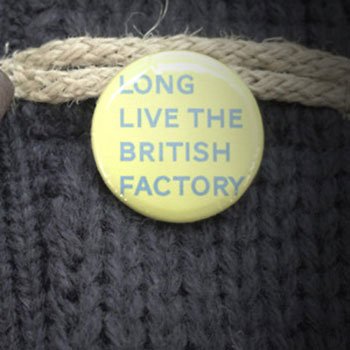 As a nation, Britain has had a long and successful history of making things. Danny Boyle reminded us all of this when he recreated our important role in the birth of the industrial revolution in the London 2012 Olympics opening ceremony. Even before the mechanisation of production in the early 18th century we had thriving cottage industries spread out all over the British Isles. Some of these even still exist today – Harris Tweed from the Outer Hebredes is a great example of an industry that has barely changed for centuries, and yet is in high demand all over the world. This doesn’t mean that we can’t do innovation too – British design is renowned the world over, and it is this creative skill, combined with manufacturing heritage stretching back centuries that makes products made in Britain so special.

Why is there the perception that Britain doesn’t make things anymore?

Despite this rich history of British design and manufacturing there is the perception that nothing is made in Britain anymore. Certainly over the last couple of decades, due to globalisation and the lower cost of overseas labour, much of our industry has been taken abroad. The fashion and textiles sector has been hit particularly hard, as the desire for fast and cheap disposable fashion has led to more than 90% of our clothing now being manufactured overseas. In turn, this has resulted in a shortage of skills in the industry, as older generations retire and younger staff are not trained up to replace them – who wants to go and work in manufacturing when they may be out of a job tomorrow? 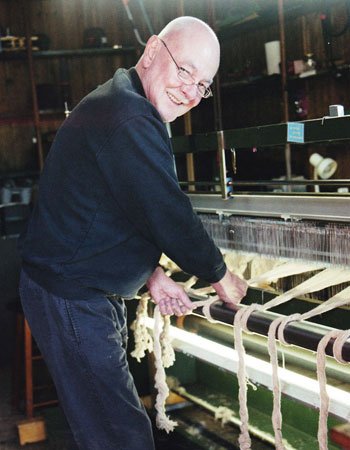 However, there are still 2.5 million people employed in manufacturing in the UK today, and  there are many fantastic things that are still made in Britain. We have some of the finest leatherworkers, tailors, cycle makers and furniture producers, creating some of the highest quality products in the world. Not to mention textile weavers, car manufacturers and ceramicists. “I would not make anywhere else”, declares Anna Felton, owner of British knitwear brand Monkstone, “our skill set in the UK, based on knitwear and pattern cutting, is top class”. As a country we also have an amazing way of making something look new and fresh, which the whole world wants to buy into. Deborah Meaden, owner of Fox Brothers and The Merchant Fox, affirms this – “What we do well is something that is traditional, but presented in a very relevant, modern way.”

Through the downturn, those producers that have stood the test of time were the ones that stayed true to their craft and did not try and compete on price. There are always going to be people that will buy less of better quality – ‘buy cheap and you buy twice’, as the old saying goes, but British craftsmanship does not set out to cater for them. Pashley have been hand-building bicycles in Stratford-upon-Avon since 1926, and when we asked managing director Adrian Williams if he was ever tempted to move overseas his answer was very reassuring: “Over the last twenty years 2.5 million jobs have been lost in the manufacturing sector by companies off-shoring. Some had to. Others did so for short-term financial gain. Whilst tempting, we did not want to become another soul-less “box-shifter” and so we kept our team intact and our overhead costs as low as possible. Fortunately our customers value the bicycles we make and the fact that Pashley design and manufacture them, here in the Heart of England.” 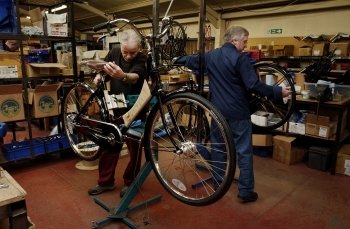 Why are new companies turning to British manufacturers to make their products?

There is also now a new generation of companies that are actively seeking to have their products made in Britain, for many different reasons. Quality control, flexibility and job creation are among the explanations given by start-ups for choosing to launch their businesses with British made products. Sally Guyer, founder of the recently formed Cambridge Raincoats says: “I knew quality control was going to be feasible in an economic way that manufacturing overseas could not be, and I also knew that it would generate employment here, which I thought was a good thing for altruistic reasons”.

However, many have found that it hasn’t been plain sailing taking the local manufacturing route – as Kate Lennard from Rockman & Rockman furniture tells us: “The hardest part has been tracking down old companies for tools, materials and advice.  We became experts in what you can’t do! Getting good prices for raw materials in this country has also proved very difficult”. Anna Felton, who founded Monkstone Knitwear in Wales in 2010, offers good advice to any other new companies thinking of taking the home-grown route: “Finding factories and crafts people you can build great relationships with is key. ” 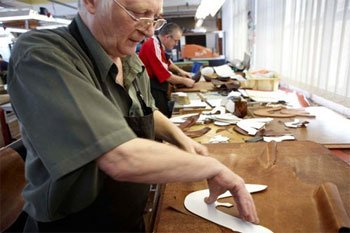 Will mass-manufacture ever come back to the UK?

And what of those brands that did jump ship and take manufacturing off shore? Well, any of them are coming back. A recent report published by EEF, the manufacturer’s organisation, revealed that 40% of companies who currently manufacture abroad are looking at bringing production back home. Firms cite threats of recession and natural disasters as two of the main reasons why they are now considering it less risky to keep production closer to hand.

We now have a real window of opportunity to build manufacturing back up in the UK, but everyone needs to play their part. Consumers need to actively seek out products that are made in Britain, and retailers need to make those products easier to find. A globally recognised ‘Made in Britain’ logo would help, but it needs to be monitored to ensure that those using it are genuinely manufacturing here. And young people need to be encouraged to get into the manufacturing industry, which starts with them learning to enjoy making things throughout their school years.

So what does the future hold for British manufacturing? “Great things” declares Anna Felton. “However we must be in it for the long term. Making in the UK should never be a trend. It’s the way if should be. Buy local. Simple is best. Learn from those around you.”