Made in Britain from the web this week: Carradice Factory, Brady Bags Skip to content

Made in Britain in the News This Week: 5th December 2011

Made in Britain from the web this week: Carradice Factory, Brady Bags, All Saints 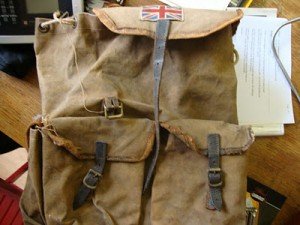 Archival Clothing have a piece on their blog about the Carradice bag factory. Photos were taken by Mark Huson aka Hudsonic who cycled from Sheffield to visit the factory in Nelson, Lancashire. (Thanks to Matthew Riley for the tip off on this article.)

Further images of the Carradice factory, this time by Jack999, have also been spotted here on Flickr.

Update: These photographs were all taken from a visit by Mark Hudson and Jack Thurston to record an interview with Carradice owner David Chadwick for a podcast on The Bike Show. You can hear it on their radio show (podcast). Well worth a listen for anyone interested in bikes, bags or factories. Thanks to Jack for getting in touch and letting us know.

The Tweed Pig blog comes up trumps again this week with a short feature on Brady bags, the manufacturers established in the Midlands in 1887.

Voices of the Cloth (All Saints)

Not a week goes by where another video doesn’t come to light showing a British factory at work. We featured some by Duchamp , who manufacture a great majority of their products in the UK, a couple of weeks ago. We were more surprised to find this one by All Saints, not a brand you’d usually associate with British manufacturing, featuring a woollen mill in Huddersfield. The name of the mill is not given, but great film none the less. (Thanks to Eric Musgrave for finding this one)