Made in Britain in the news this week 5th September 2011

Articles in the press last week concerning Made in Britain: 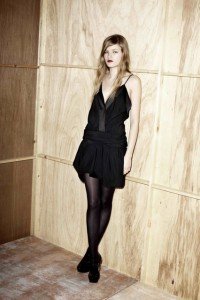 Made in England: Savannah Miller’s Blog (Vogue)
A fantastic piece from Savannah Miller about her Twenty8Twelve label in which she declares that “…this autumn/winter season marks our first attempt at manufacture on home turf.  The results are in and it’s gorgeous. The best bit is that these pieces are by far the best quality garments we have ever produced.  It’s true what they say, British is best.”

Decisions: Julie Deane, Cambridge Satchel Company (Management Today)
The owner of the fast growing leathergoods company is proud that her satchels are made in Britain and excited to have just opened her own factory which will manufacture upwards of 500 bags a week.

Turnbull & Asser: The Best of British (Telegraph)
Make it British was pleased to read that “at Quedgeley, in Gloucester, 93 people work at the recently enlarged T&A factory, with 10 more planned to join them soon…”

ASOS Made in England 2011 Footwear Collection (Hypebeast)
The internet giant unveils it’s Northampton-made footwear collection, which will be available on the site later in the year.

Jermyn Street Celebrates the Art of Being British
Jermyn Street will be closed off to traffic and celebrating everything that is quintessentially British this Saturday.
10th September from 12 noon- 5pm.
Follow this link to download your invite.