Made in Britain labels to become compulsory? Skip to content

Made in Britain labels to become compulsory? 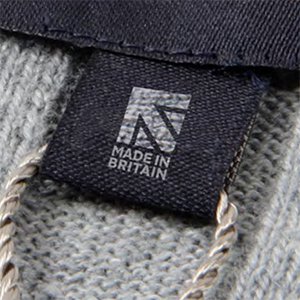 Made in Britain labelling to become compulsory?

Members of the European Parliament have today voted for all EU countries to label the products that they sell with a country of origin label. The move has come about in an attempt to ensure that goods sold on the European market are compliant with its safety rules and quality guidelines. The new ruling has divided Parliament, with the Italians and Spanish voting for the new ruling, whilst the Germans and British voted against. The latter claiming that such a move would create unnecessary paperwork for businesses.

The topic of compulsory country of origin labelling was something that I raised on this website last year, and whilst I am very much in favour of seeing a Made in Britain label on as much product as possible, there was some confusion over how the country of origin would be defined. Suggestions had been that it would be the most expensive portion of the cost price that would define the products origins, meaning that a classic item of British manufacturing, such as a Rolls Royce car, could no longer be defined as Made in Britain because many of its components are imported.

However, according to the announcement from Eurpoean Parliament today, goods produced in more than one place, or where raw materials come from abroad, the country of origin would be that where it underwent ‘the last substantial, economically justified processing’ resulting in a ‘new product’ or representing ‘an important stage of manufacture’ as defined in the EU Customs Code. This is very much in line with the guidelines that the Made in Britain Campaign follow when deciding whether to grant the use of the Made in Britain logo to manufacturers, something that was originally defined by the Trade Descriptions Act in 1968.

How this new law will be enforced, and how widely it will be adopted by businesses, remains to be seen – but surely anything that helps consumers to know what they are buying, and by whom it was made, has got to be a good thing?