Why authenticity is important to us 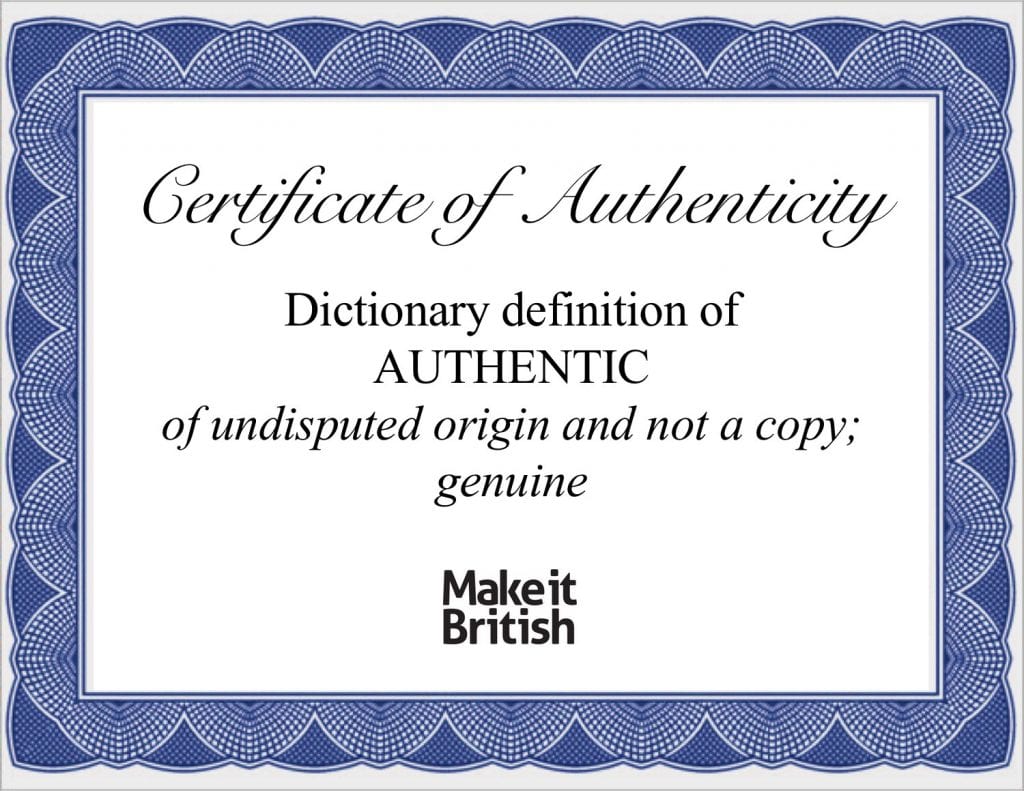 I was recently contacted by a web developer, prospecting for some business. His pitch was that he’d been through the code on the Make it British site and found the name of a developer who was not based in the UK. How could I shout about UK skills and making in Britain when I was using someone offshore to build my website? he said.
The truth is that the Make it British website IS built in the UK, by a lovely chap based in Horsham, and the web hosting company is also British. Their web servers are in the UK too.

I believe 100% that you have to practice what you preach. The web hosting company that I use is definitely more expensive than a lot of the offshore ones, but they provide a quality service, and I would be stupid to host a site called Make it British in the US!

The same goes for what I wear.

Now I’m not saying that everything I own is made in Britain. For a start, some things you just can’t buy here. Women’s heeled boots for instance.
But I would certainly never dream of appearing at an event or on a video where I am representing Make it British without wearing clothes that are from some of the wonderful British-made brands that I want to support.

How could I call myself a fan of all things British-made if I didn’t then put my money where my mouth is. That would be very hypocritical!

Yes it is sometimes more expensive to buy something made in the UK, but I opt for timeless pieces that I know will last. I’ve got John Smedley knitwear in my wardrobe that I bought with my first pay cheque when I worked at Marks and Spencer in 1997 and it is still going strong.

I started Make it British in 2011 because I had a passion to save UK manufacturing, born out of a love for people making things and a desire to continue that tradition in the UK.

When I set Make it British up most people thought I was mad as they thought UK manufacturing was on its last legs. How are you ever going to make any money out of doing that? They said. Well the truth is I don’t make much, but I believe in good karma, and that one day I will reap what I sow. Plus I get a warm fuzzy feeling when I hear about factories expanding or new ones opening up!

Over the last few years I have watched as more ‘made in Britain’ sites have launched. The more the merrier I say, the more people championing the cause the better, but what does concern me is the integrity of them all. Some I know are great and I fully support them, but sometimes I wonder what the motivations of some of these people are? And how authentically they support the made in Britain cause, or whether they are just jumping on the bandwagon to try and make a quick buck? Do they host their sites in the UK? Or in the States where it is cheaper?

If they sell their members ‘made in Britain’ labels, are they printing them in the UK? Or in China?

It concerns me because this is something I am passionate about, and also because my company Make it British sometimes gets confused with other sites and campaigns whose integrity I cannot be responsible for.

You may have heard of the Buy British campaign of the 1960’s? It was going really well and backed by some high profile figures such as Rupert Murdoch. But then it was discovered that the T-shirts they had made with ‘I’m Backing British’ on to support the cause we’re actually made in Portugal, and the whole thing crumbled. Their lack of authenticity made the whole campaign worthless. Is that about to happen again? 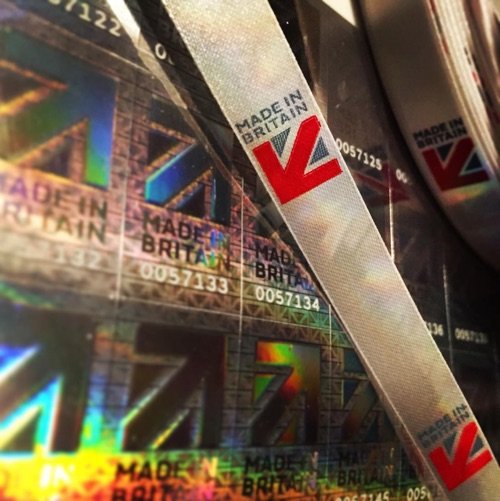 Since writing this article the Made in Britain Campaign have confirmed to us that the holographic labels shown in the above photograph, which they have been distributing and selling to their members, were not printed in the UK

So who was the mystery foreign developer whose name appeared in the code of our site? Well, it was actually a generic plug in that we had installed which was developed overseas, because we use WordPress to build part of the site on. As soon as I find a British alternative for these I will swap them over, because that is how I roll….

Make it British would like to take this opportunity to point out that it’s organisation and director are in no way affiliated or connected to the Made in Britain Campaign or any other website promoting ‘made in Britain’.