Walsh casual and their Olympic legacy

You may not have heard of Walsh Casual before, but you soon will. The Bolton-based manufacturers have just relaunched their classic trainers and these shoes are going to be big! 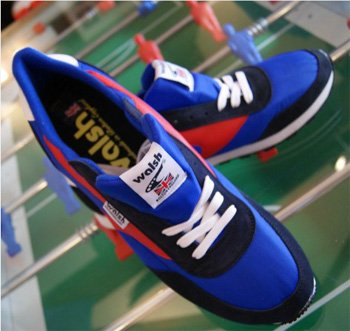 Walsh was a British sports footwear brand launched by Norman Walsh in 1961. Before setting up his own company, Norman had served his apprenticeship for Foster’s Footwear of Bolton, and it was here that he became the craftsman responsible for many of the shoes worn by the British Olympic team in 1948. He became known for his distinctive and patented ripple sole, which was developed specifically for fell running because of its unique grip on rough terrain, and it is the same sole that you can see on many of the styles in the Walsh Casual range. 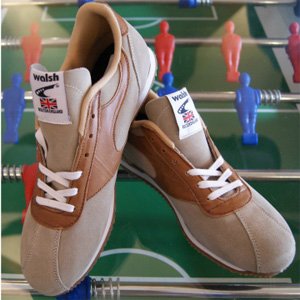 As the only British-owned and manufactured sports footwear brand, Walsh had gone very quiet of late, choosing to concentrate on performance styles rather than the casual trainers that you see here. But with a revival in interest in British manufacturing, and the relaunch of these styles from their archives, now seems like the perfect time for Walsh to take the spotlight again.

Currently only available in very limited quantities, in 5 styles from size 3 to 10, the workmanship and leather used on these shoes is way above what you would normally expect on this type of footwear…and we love the fact that they look exactly as they did forty years ago. 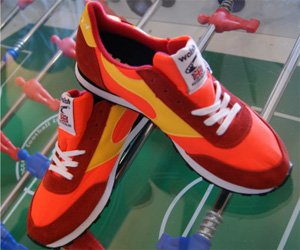 If you want to get hold of a pair before everybody else does, you can catch Walsh Casual over the next few weeks at the Up Market at The Old Truman Brewery on London’s Brick Lane.