HP Sauce: "I'm not buying it anymore if it's not made in Britain" Skip to content

The HP Sauce backlash: "I'm not buying it anymore if it's not made in Britain" 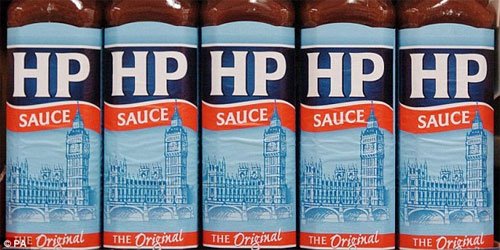 HP Sauce – no longer made in Britain

British public – we have faith in you again!

We were delighted to read that hundreds of customers have attacked the HP Sauce Facebook page with their comments on HP’s new advertising campaign, saying that it is wrong to portray the brown sauce brand as British when it is now owned by an American company and made in Holland.

The new advert, which you can see below, plays on the sauce’s heritage and shows a ‘typical’ British gent in a tweed suit talking about a ‘manwich’ – a bacon sandwich with HP Sauce in.

Commentators on the HP Facebook page are up in arms about the campaign, and such is their wrath that they have even called for the picture of the Houses of Parliament, after which the sauce is named, to be removed from the bottle.

Remarks such as ‘The day you moved production abroad…was the day you lost my backing HP’, ‘You can’t call yourself a British company if your product is made abroad’ and ‘where is the ‘dislike’ button?’ show that the British public are finally voting with their feet when it comes to those that fake-it-British. Let’s hope that this is just the start of the backlash and that the public start to vote with their feet and walk away from these faux-British brands.