How are the Bradshaw family getting on in the year in which they resolve to only buy British-made goods from British-owned companies? 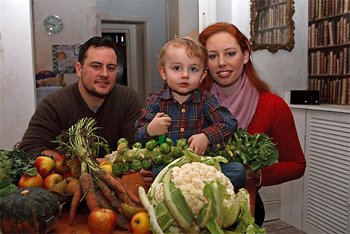 The Bradshaws – a truly British family

Last month we introduced the Bradshaws, a  family from Kent who have started 2013 with the resolution to only buy British made products for the whole year.  Below is a guest article that they have written exclusively for Make it British telling us how they are getting on with their challenge.

“What a strange month for The Bradshaws! When we began our project on 1st January to live as a family exclusively on British-made goods and services, we never could have imagined what the start of the year might bring. Firstly there were full page spreads in the Mail on Sunday and the Daily Mail, followed by a feature on BBC Breakfast and BBC South East, not to mention interviews with 13 separate radio stations around the UK.

We’ve also had offers that we have had to turn down, including a feature for South Korean state TV (The Bradshaw’s do Gangnam style anyone?).

So, despite all the distractions, what have we learnt in our first month of buying only British?

One common question we have been asked from the start has been – isn’t buying only British going to cost you a fortune? Our response to this has begun to change as the month has worn on. Initially we would have agreed that British goods are inherently more expensive, but now that we are 1 month in, it is obvious to us that this does not have to be the case. Yes, there are the high-end fashions and the artisanal makers who charge a premium on their products. But what is more interesting to us are those manufacturers we are finding that offer both quality and affordability. They do exist, you just need to know where to look. 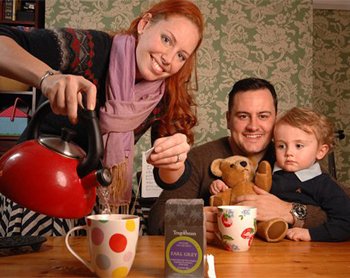 The Bradshaws – a truly British family

We have successfully bought our weekly grocery shopping back into line with our previous expenditure (if not a little cheaper). We quickly realised that we were going to have a very limited diet if we relied exclusively on the supermarkets for British produce so we began searching for alternatives. At about week 2 we found Kent Veg Box who are able to guarantee that all our fruit, veg, meat, fish, eggs, bread etc… is entirely British. After our first delivery we quickly concluded that, despite the mesmerising 2 for 1’s and BOGOF deals, supermarkets are not the best place to pickup affordable food! I urge you to try it for a couple of weeks; you will be as shocked as we were.

We have also been able to find high-street cost comparable clothing, cheap moulded plastic items and even affordable electronics, all made in this country. There really is a wealth of manufacturing going on right under our noses, we just don’t seem to want to shout about it.

Although it has to be said that finding these things is taking a considerable amount of time. Not only are we spending every evening shopping online for really mundane things, like dishwasher tablets, but when we do go to the shops it takes much much longer. We have entered a world of confusingly labelled packaging and bizarre small print which require deft skill to navigate. Even buying a drink or a chocolate bar is no longer easy as our rule is – if it does not give a country of origin then we don’t buy it. You would be surprised by how often we come home from the shops empty handed or catch a train still hungry.

Interestingly, one of the biggest changes and perhaps the most import, was changing our mind-set. We know that there are things that we are going to have to go without and so far none of these have been deal breakers. We have not found disposable nappies for Lucan (we are trying re-useables), we have not been able to find British made household batteries and we are now eating almost exclusively seasonal fare. We have slowly come to terms with such limitations, and are even embracing them. Why do you need to eat strawberries in the winter when you know they are going to taste really awful? Our first summer strawberry will be all the sweeter for having waited.

There have been so many positives to this month that there are almost too many to name. The fantastic people we have been in contact with have been a real boost to our confidence and to the project as a whole. We really thank you for your continued support and helping us explore the creativity of this great nation.

If you would like to come with us on our journey find us on Twitter @britishfamily or visit  our blog at www.britishfamily.co.uk.

The Bradshaws (The British Family)