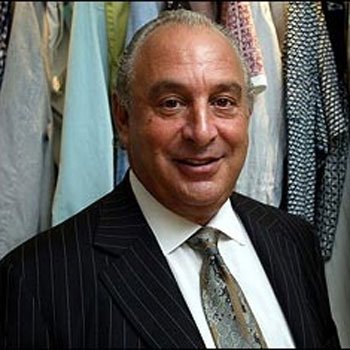 Sir Philip Green wants to up his UK manufacturing base

This week Sir Philip Green told the Mail on Sunday that the Arcadia Group, which includes Top Shop and BHS, will increase its UK manufacturing in order to be less dependent on overseas manufacturers, whose costs are rising. The move will also give him more flexibility and a quicker route to market, particularly important for a fashion retailer.

Sir Philip has spoken out about his support of UK manufacturing before when he addressed an audience at British fashion Week last year. The retail giant says that he is now using 47 British clothing factories but that lack of capacity here is a big issue. Talking to the press this week he said ‘ We’ve been pushing to see what we could do to keep it nearer home. This is something we are permanently looking at, every day, every week. UK manufacturing gives us a different capability.’

Whilst it is great that Sir Philip is backing British manufacturers, talking to many of the smaller brands last week at the Best of Britannia event which showcased brands that manufacture their products in Britain, there is now such a demand by the bigger retailers to use British factories that many of the smaller companies are being pushed off the production lines to make room for the big guys. This is sad given that it is those smaller companies that have kept the factories going since the big high street retailers took their business away a few years ago.

That said, with someone as high profile as Sir Philip Green now backing British fashion manufacturing surely the government will sit up and take notice and start doing something to stop the industry’s decline?

What are your thoughts on Sir Philip Green’s UK manufacturing push? Please leave your comments below…

To see Top Shop’s Made in Britain collection click here