'Made in Britain' label under threat following new EU proposal 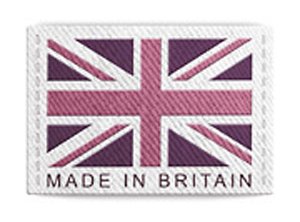 In a ludicrous new proposal by the European Commission (as reported in today’s Sunday Times), plans are underway to change the way that goods are labelled, so that it is the most expensive element of a product that defines its country of origin, not the country in which it was put together. With the majority of products made in the UK, from cars to clothes to electrical goods, containing a large proportion of imported components, this would mean that there will be very few products available to buy that were labelled as ‘Made in Britain’. What’s more, for businesses flouting these rules, the EU plans to impose huge fines, possibly amounting to 10% of annual turnover.

Just looking through the Make it British directory of brands that carry the Made in Britain label in their products, I can see that 90% of these would have to lose their current labelling. Here is just a few examples of the impact that it would have:

You get the idea.

In the week that it was announced that British exports are have risen to £80 Billion because non-EU countries can’t get enough of goods with the ‘Made in Britain’ label in, this is a slap in the face for UK manufacturing. Whilst the European Commission say that they are doing this to make country of origin clearer for consumer, how much more confusing can it be for customers than buying a Savile Row suit with a Made in Australia label in it?

Hopefully this stupid EU idea will go nowhere – the German’s are also pretty unhappy about it – but if it does come to fruition it makes me wonder whether I should just pack this all up and go home!

What do you think? Do you think that thisEU idea has any chance of going through? Would you think twice about buying luxury chocolates if they were labelled Made in Africa? If you could afford a Savil Row suit would you buy one if the label said Made in Australia? Please leave a comment below.