Made in Britain in the news this week: 13th Feb 2012 - Make it British Skip to content 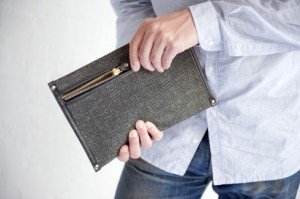 Cherchbi, the British-made accessory label, have introduced a new fabric to their range named Union, so-called because it is a union of two fibres –  a cotton warp and a linen weft. The fabric is made by Ian Mankin in Burnley, Lancashire.

Flying the flag (The MBS Group)

International headhunter Moira Benigson follows up the article on her blog last week with another post about British-made brands.

The purveyor of Scottish textiles and accessories has opened a new store on Edinburgh’s High Street.

Tweed on film – drama on the Hebredes (The Tweed Pig)

The Tweed Pig blog presents three films made on the Outer Hebredes in 2009 depicting the Harris tweed weavers.