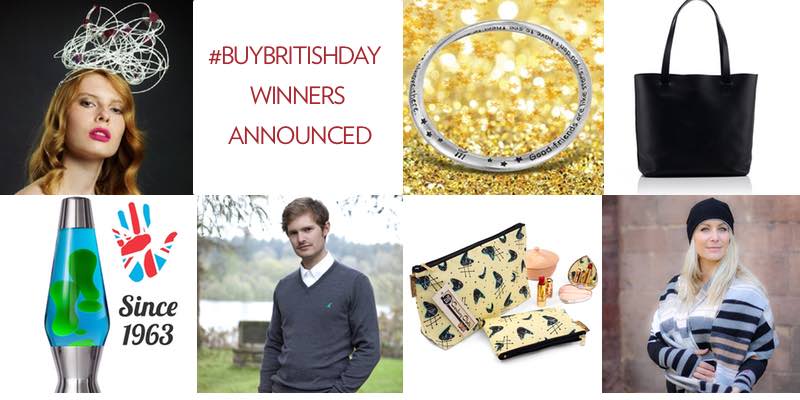 Saturday 3rd October was Buy British Day (in case you missed it) and to mark the occasion we had 23 British-made prizes to giveaway, worth over £1000!

What we really hadn’t predicted was the enormous response our readers. We had 19,732 entries, and there was so many of your trying to enter that it temporarily crashed our site!  Technical difficulties aside, the competition extravaganza was a great success and helped support the day and raise the profile of some great British brands.

We have now finished going through all of the thousands of entries and have selected winners at random  for each of the prizes. And the winners are:

Terri Stammers from Hertfordshire won the Messy Me Changing Bag

Carol Pattrick from Wisbech won the Rose B Brown Gloves

Keeley Shaw from Reading won The All in One Company Voucher

CONGRATULATIONS to all of our lucky winners and thank you to all of the brands for making this day so exciting. Keep an eye on our Twitter and Facebook for pictures of our winners with their prizes.

We’ll be bringing you lots more competitions for Christmas so watch this space!