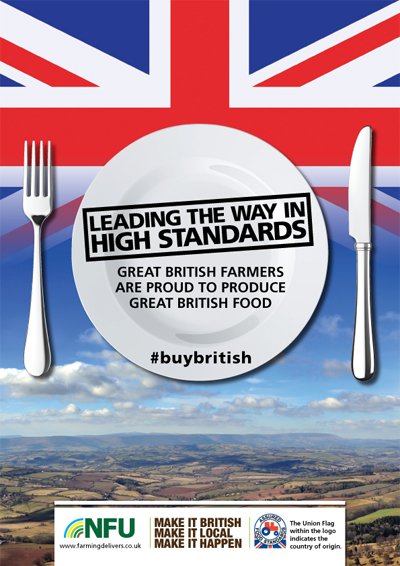 In the wake of the revelation that major UK supermarkets have been selling meat products from foreign suppliers that contained horsemeat, the National Farmers Union has stepped in to remind everyone  that by buying products with the Red Tractor logo the consumer can be assured that the contents within have been inspected from farm to pack. Using the twitter hashtag buybritish the NFU will also be championing British produce on social media and encouraging consumers to show their support and buy the high standard food produced on British farms.

“Our meat industry is one of the most highly regulated in the country and it is imperative that we remind consumers that British farmers work to some of the most stringent standards” said NFU President Peter Kendall. “Consumers should have the confidence that the products they buy are what they say they are. Our message to them is that British farms produce high quality produce and we want the public to continue to show them support.”

The strapline for the campaign is “Make it British, Make it Local, Make it Happen” and we couldn’t agree more!