British manufacturing in the news this week: 6th Feb 2012 - Make it British Skip to content

British manufacturing in the news this week: 6th Feb 2012

Made in Britain news from the web this week: Jacket Required | The MBS Group | London 2012 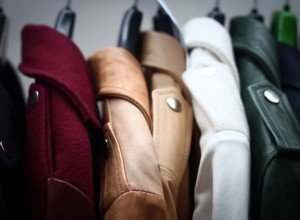 Menswear trade show Jacket Required will include several British-made brands at its event in Bloomsbury next week, including House of Billiam and Universal Works. Entrance is by invite only – use the above link to be taken to their site.

Made in Britain (The MBS Group)

Moira Benigson, retail headhunter and trend commentator, reflects on what luxury stands for now, and whether the answer is ‘provenance, craftsmanship, ethical and local’.

We first reported this back in October, and now the Mail has published statistics showing that British companies awarded contracts to produce London 2012 souvenirs have passed over a very large percentage of the manufacturing of these products to off-shore companies. In particular, Wedgewood falls under fire for using an Indonesian manufacturer for a product ‘so convincingly British…that it was mistakenly sold as made in Britain on the London 2012 website’.