BBC asks 'How popular is made in Britain fashion?' - Make it British Skip to content

BBC asks 'How popular is made in Britain fashion?' 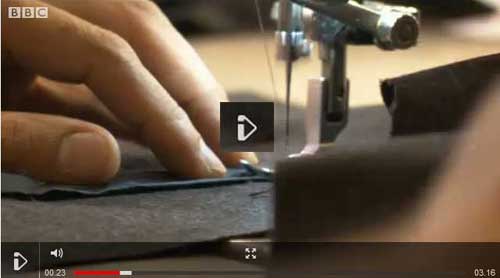 How popular is made in Britain fashion?

Last week the BBC News posed the question of how much of the clothing bought in the UK is actually made in this country, and if not, why not? The video makes for sombre viewing as John Miln of the UK Fashion and Textile Association declares that there just aren’t the factories available in the UK anymore to cope with the size of orders that large British retailers now place. As a nation, our ferocious apetitite for cheap, fast fashion has meant that now over 80% of our clothing is manufactured abroad. A figure that has had a huge impact on British manufacturing and retail. Is this likely to change? Jane Bevis, of the British Retail Consortium, thinks not.

James Eden, owner of the Private White V.C. brand, which is made in Manchester, is rather more upbeat when he states that the made in Britain label is extremely sought after throughout the rest of the world because it emplies quality. It appears that everyone apart from the British wants to buy clothing that doesn’t fall apart!

You can catch the video on BBC iPlayer here