Bangladesh tragedy - will people now stop to think where their clothes are made? Skip to content

Bangladesh tragedy – will people now stop to think where their clothes are made?

There is a reason why products made in Britain are often more expensive – safe working conditions for one. 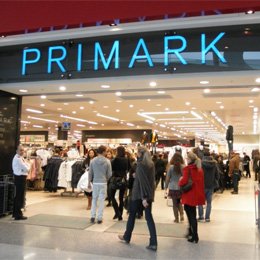 The factory that collapsed in Bangladesh was making clothes for Primark

The terrible news about the garment factory in Bangladesh collapsing, killing hundreds of workers inside, has truly saddened me. But having traveled all over the world visiting manufacturers, the tragedy hasn’t really surprised me – it was an accident waiting to happen. The demand for cheap fashion that is prevalent in the UK, and let’s face it Primark was one of the factories customers so those clothes were destined for here, has meant that cutting corners is inevitable. And when a factory is so far away, it is more likely to be the case of  ‘out of sight, out of mind’.

Bangladesh has been the source of some of the cheapest clothing for a while. In the last 30 years the poverty stricken country has seen the number of people employed in garment manufacturing rise from practically nothing, to over 4 million. The industry now turns over £20bn a year and accounts for 80% of the countries exports.

This huge rise in demand has seen factories like the one that collapsed in Dhaka being thrown up quickly in order to meet the demand for cheap clothing from the West. According to an article on the BBC website, 50% of garment factories in Bangladesh are located on premises which are not safe. That is just shocking.

A couple of years ago I ran a survey on this website to ask people if they actually looked to see where a garment was made before they bought it, only 33% said that they did. If I had asked a more un-biased section of the population, i.e. those not reading a blog about British-made products, then the results would likely have been much lower. The truth is that when it comes to buying products these days, most people only look at the price, and never stop to consider why something is so cheap. They often say that they don’t buy products made in Britain because they are too expensive, but there are many reasons why this is often the case, and safe working conditions is one of them.

If there is one positive thing that comes of the terrible disaster in Bangladesh this week, maybe it now will cause people to stop and question the true value of cheap clothing made abroad.