Pearce Leather Northampton- gone, but not forgotten Skip to content

Pearce Leather – gone, but not forgotten

This stunning Art Deco building was once home to W. Pearce & Co, one of the largest tanneries in England 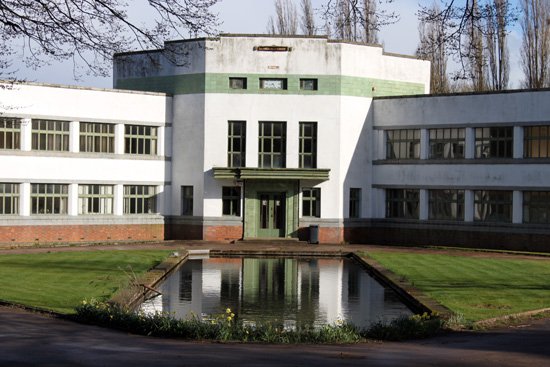 The Art Deco office of W. Pearce & Co in Northampton as it stands today

W.Pearce & Co were renowned worldwide for the quality of their leather.  Their office and tannery, sitting just outside the city centre in Northampton, was built in 1939, at a time when there were 107,000 people employed in the shoe and leather industry in Northamptonshire*. The grandness of the building, with its opulent, of-the-moment design, portrays just how prosperous the British leather industry was in the first part of the last century. Sadly, the building now stands desolate, partially demolished, with the remainder waiting to be turned into offices and flats. 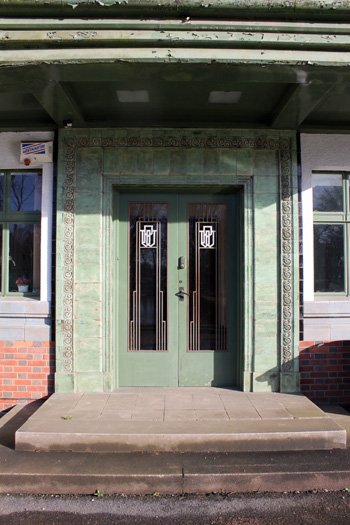 The Pearce Leather tannery is currently vacant, waiting to be turned into offices by developers

Founded in 1908 to produce leather linings for the shoemakers of Northampton, Pearce Leathers evolved to become a specialist in the manufacture of embossed leather, and had a host of prestigious British brands that it could count as customers, including Dunhill, Mulberry and Smythson. But sadly, W Pearce & Co closed in 2002, and the huge collection of plates used to emboss the croc, lizard and ostrich prints onto the skins, were sold off to India. 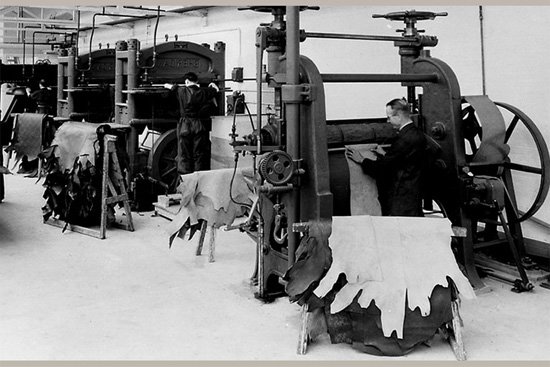 I recently met with Michael Pearson, the former managing director of Pearce Leathers, and grandson of the original founder, who showed me round the Northampton Museum of Leathercraft, where he is now a trustee. Many of the products in the museum are made using Pearce leather, and it is well worth a look if you are in the area and interested in the history of British leather. 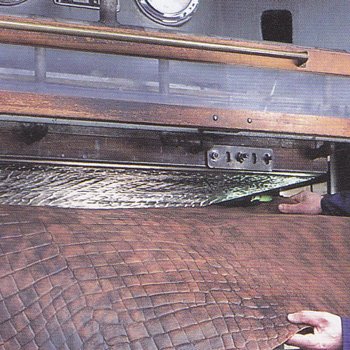 The Croc print that W. Pearce & Co. were famous for, coming out from under the embossing plate

Michael is clearly still very passionate about the industry, and that same passion has been passed down to his daughter Deborah, who has just launched a collection of leathergoods under the brand name Doe. Each one of Doe’s beautiful bridle hide bags uses a small piece of W. Pearce leather for their zip pulerl – gleaned from a substantial amount of sample books that Deborah’s father managed to save when his tannery closed. Hand crafted in one of the last remaining Black Country leathergoods workshops, the quality is beautiful, and because the swatches are available in such small quantities each piece is part of a very limited edition. 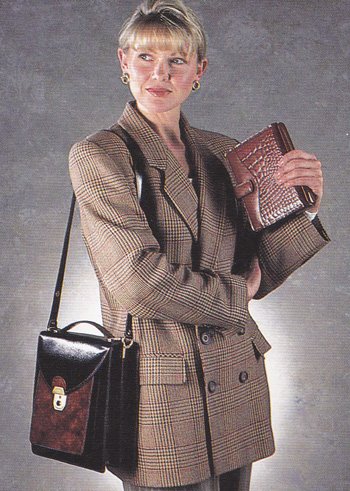 It is very sad when you think of the industrial heritage that Britain has lost over the last decade or so, but at the same time, it is great when you hear about companies like Doe that are helping to revive it. 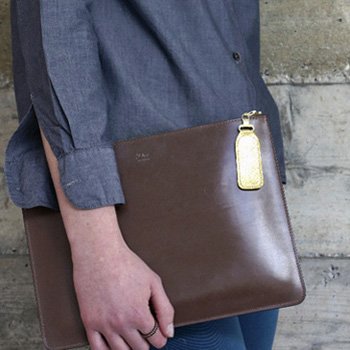 Doe will be one of the brands showcasing their work at The New Craftsmen Garage, which opens this Friday in Central London. 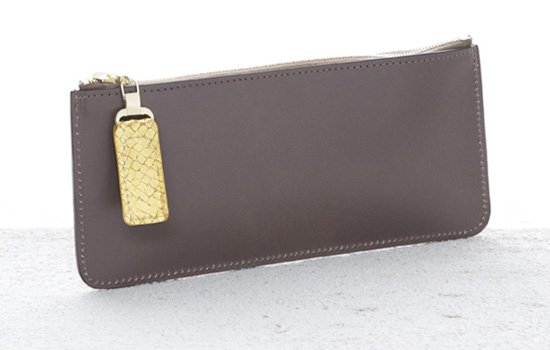