Sheepskin: Find out all about British sheepskin

Find out about British Sheepskin, it’s unique qualities and the best British-made Sheepskin brands you can buy from today. 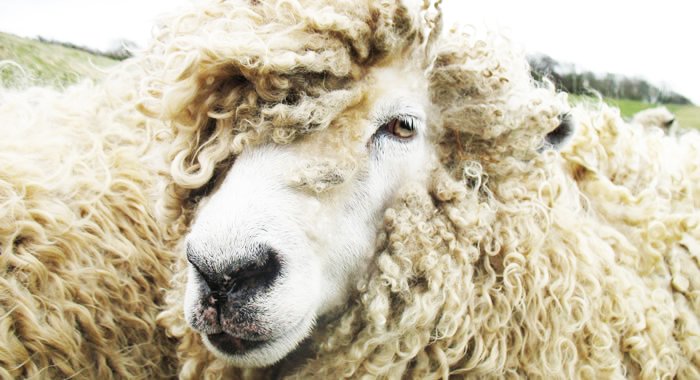 The Lincoln Longwool: renowned to produce the heaviest, longest and most lustrous fleece of any breed in the world

Somerset has long been considered the heart of the English Sheepskin industry with a history that is believed to go back 1000 years to when Glastonbury Abbey was beginning to gain significance across the country. Wealthy landowners bequeathed their farms to the Abbey and the Abbot became responsible for the largest single estate in England. He organised large scale sheep rearing and a tannery at Glastonbury.

“Tanning, dyeing, sueding and manufacturing products from sheepskin is an art, no two skins are the same. An experienced tanner can usually tell the breed of sheep, the type of pasture on which it was reared and the condition the sheep was in.” – Draper of Glastonbury

In 1870 The famous Morland tannery and leather goods manufacturer was established in the area, with John Morland believing that Glastonbury was the perfect site for tanning sheepskin due to the valuable and essential high quality water source available.

Up until the 1990s, 80% of real sheepskins used in Western Europe were produced in Somerset. Then it became cheaper for the work to be done overseas and Morland closed its doors.

The Somerset tanning industry has since declined, but sheepskin products are still manufactured in the area with traditional craftsmanship and skills being passed on. 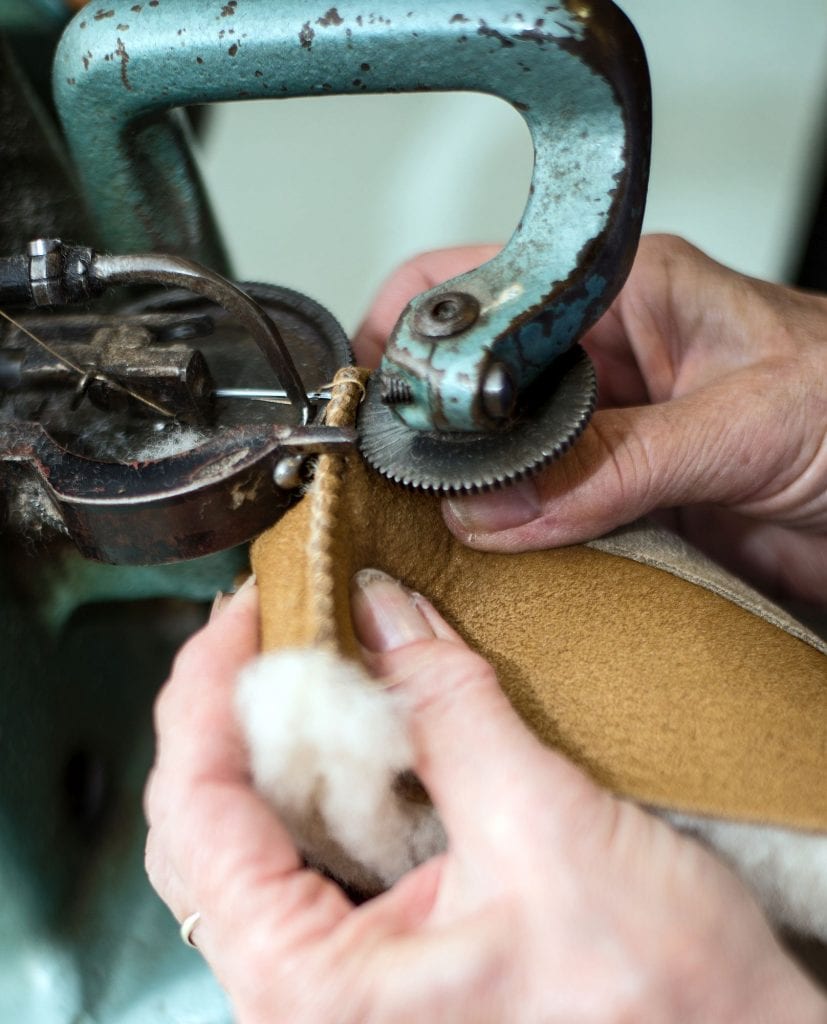 Sheepskin is the best choice to keep you warm and cosy through the colder months and cool and comfortable in warmer times. Make it British member’s Sheepland explain why this product is so unique…

• It is the softest natural material known to man due to the Lanolin in the fibres.

• It stays clean; it retains natural oil after it has been removed from the sheep that resists dirt and grease.

• It resists odours, the natural oils are resistant to household smells.

• It is the only natural fibre that can be bent over 20,000 times and it retains it shape without breaking.

• It is flame retardant; it will only burn when it reaches 600 degrees. It’s the safest fibre to have in your home.

• It adjusts to the climate around you, keeping you warm when it is cold and cool when it’s warm.

• It is sustainable, all produced to British and European standards, sheepskin is only a by-product from the meat industry.

• It has great acoustic qualities.

• It has indoor air filtration capabilities.

• It is super easy to care for; it does not need cleaning often.

• It is resistant to static electricity.

• It can absorb up the 30% of its own weight in moisture without feeling wet and still will keep you warm.

• Ounce for ounce it is stronger than steel.

• It will never shred if it remains attached to the leather.

We take a look at the best British Sheepskin brands today… 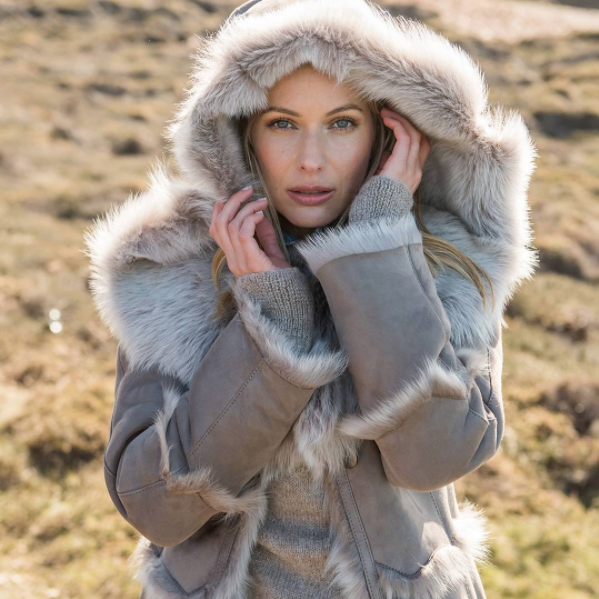 Further South West from Somerset, in Cornwall, Celtic & Co was founded by husband and wife team Nick and Kath Whitworth 26 years ago.  Their sheepskin boots, slippers and flip-flops are handcrafted in the UK.  Celtic & Co fans include the Duchess of Cambridge, Pippa Middleton, Daniel Craig and the cast of Game Of Thrones to name but a few.

The skins used to manufacture their sheepskin footwear are from British sheep. Always a by-product of the UK farming industry which operates within the highest regulations for animal welfare, these skins would otherwise be considered waste and farmers would have to pay for their disposal so British farmers are supported by the manufacture of these products. 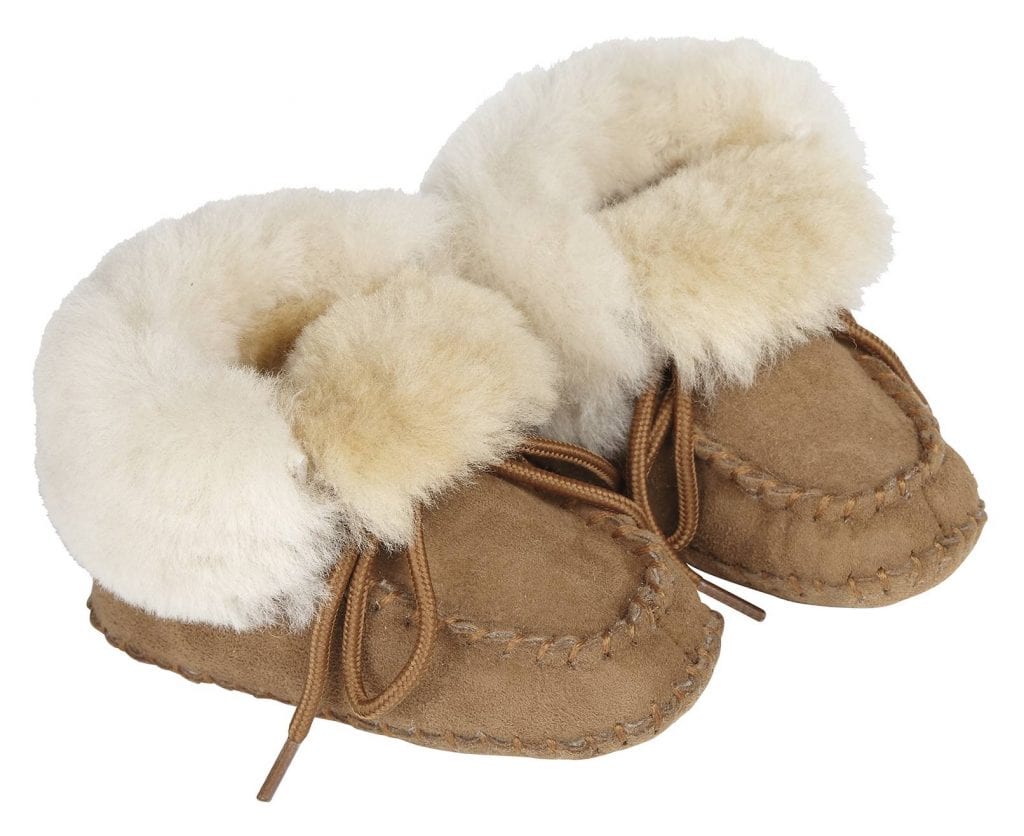 Draper of Glastonbury specialise in luxurious products in traditional English designs, which are popular worldwide. The majority of their suede is sourced from a tannery in Scotland and their sheepskin comes from the last sheepskin tannery in UK situated in Buckfastleigh Devon. Their footwear takes up to 4 weeks to manufacture. 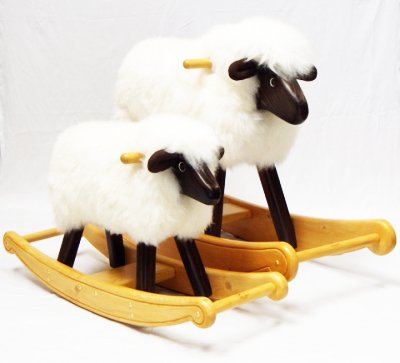 Handmade in Wales The Rocking Sheep Company make the woolly alternative to the rocking horse.  Made from natural materials, they’re sturdy enough to withstand years of active play and beautiful enough to live with, keep and pass on to future generations.

Every Rocking sheep and lambs is unique and individually made to order, each is made from start to finish by one, highly skilled craftsman. 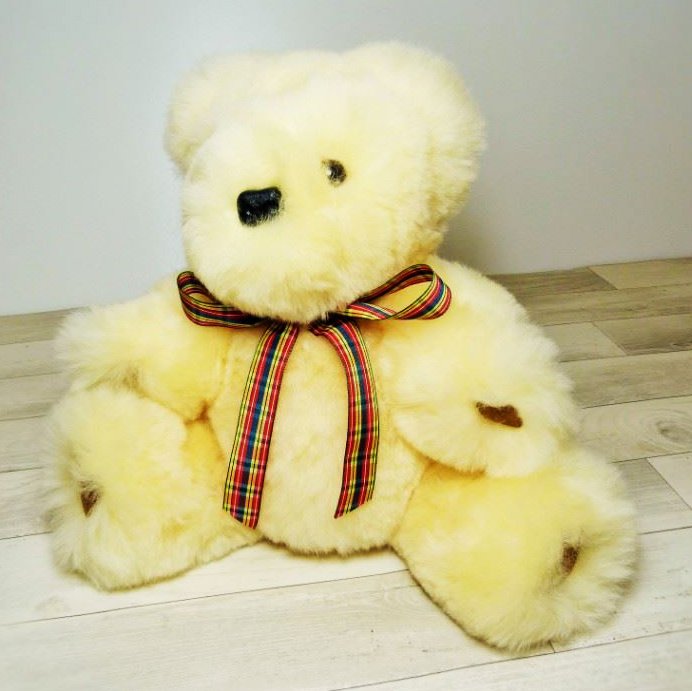 Established in 1986, Sheepland are a small family-run business creating sheepskin products in their farmyard workshop in the rolling green hills near Glastonbury. They make a traditional range slippers, moccasins, cossack hats, headbands, baby booties and throws to name just a few of their handcrafted products.

One of Sheepland’s most popular products is their Teddy Bear which is made with 100% Baby safe natural Sheepskin.