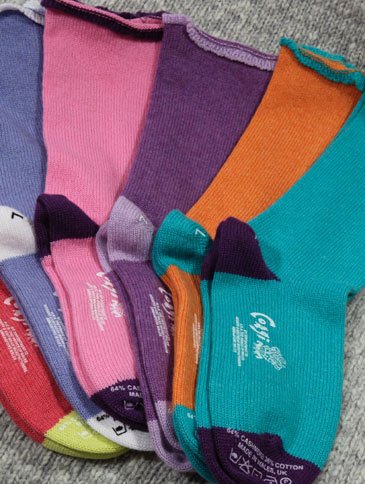 Corgi Hosiery are best known for their socks

Corgi Hosiery was initially founded on the production of socks, hence the name, but now its manufacturing encompasses a full range of hosiery and luxury knitted goods, for both men and women. Based in South West Wales, the company continues to be run by the great-great grandchildren of the man who founded the company 120 years ago. We catch up with Lisa Wood, Corgi’s Managing Director, to find out more about this British knitwear institution.

Can you tell us a bit more about the history of Corgi?

Corgi was established in 1892 by my great, great grandfather Rhys Jones who ran a local drapery in our hometown of Ammanford, South West Wales. He decided he wanted to move into the manufacturing industry and so he purchased some second-hand Griswald knitting machines and began to produce thigh-high woollen socks for the local colliers. Not long after he began to produce thinner-gauge socks, ideal for the men to wear to Chapel on Sundays. As Rhys’ reputation grew so did his product line and demand for the socks spread across East and Mid Wales.
When Rhys died, his son John Jones took over the business, followed by John’s daughter Enid and her husband Glyn. While Enid and Glyn were in charge extra machines had to be purchased to meet the still growing demand and production was moved to larger premises nearby. As part of the change, a new company – Corgi Hosiery Limited – was formed to cover the manufacturing side of the business. The name was influenced by the Corgi dog, a Welsh breed made popular by, the then, Princess Elizabeth.
In 1960, my father Huw Jones took control of the company and, finally, in 1997 myself and my brother Chris came to the helm. 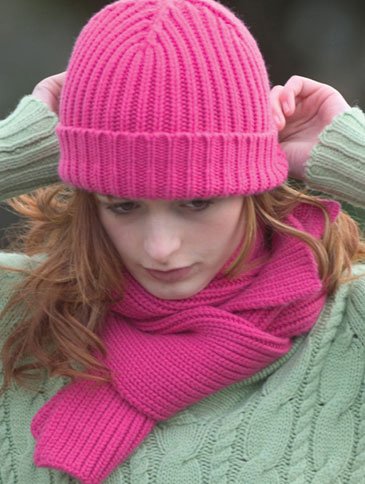 What do you enjoy most about working for Corgi?

My favourite thing about working here is the family atmosphere – the majority of our staff come from the town we are based in so there’s a real sense of community here. I must admit, I do enjoy the business trips abroad for trade shows etc – who can complain about jetting off to New York?! As glamourous as it may seem though, those trips involve a lot of hard work.

As a specialist luxury hosiery and knitwear manufacturer, we use only the very finest yarns in all of our products. Our cashmere comes from goats living in the mountains of Inner Mongolia and the Xinjiang region of China. The fibres we use are the finest available, averaging only 156 microns in diameter – the equivalent to one quarter the diameter of human hair. The yarn is then processed and dyed in the UK by the world’s leading cashmere yarn manufacturer before we knit it into our garments.
The cotton we use is an Egyptian cotton but we buy it from a company in Yorkshire that procures the raw yarns then dyes them different colours and the wool we use is Australian Merino wool that is bought from spinning and dyeing companies in Italy.  We also use Shetland lambswool that comes directly from the Shetland Isles.

Which customers do you manufacture for as well as your own brand?

I’m not really supposed to name-drop due to legal reasons but we do manufacture for some of the world’s leading designer labels. Let’s just say, you would have seen several Corgi-made pieces on the catwalks at the recent London Fashion Week! 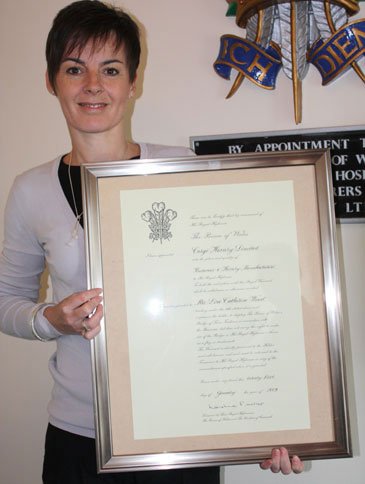 What have been the most difficult aspects of manufacturing in Britain?

Overhead costs and a high minimum wage mean that the costs of making anything in the UK are always higher than other countries.  It puts UK companies at an immediate disadvantage.  The situation is worse as it is often UK grants and subsidies that help these other countries set up the businesses that are then destroying UK manufacturing.  The only way we can combat this is to ensure our quality and service is the best available, and of course promote the fact that anyone can wear “made in china” but if you want to stand out and have the best then you should have “made in UK”

What do you think the future holds for British manufacturing after 2012?

I think the future is bright for British manufacturing– there seems to be a lot of buzz around British brands and British-made products at the moment and that can only be a good thing. There’s so much creative talent and skill in the UK and it’s so important that we capitalise on it and make sure the rest of the world knows what we can do!

To find out more about Corgi visit corgihosiery.co.uk