Make it British talks to Ayten Mustafa, designer and owner of Ayten Gasson lingerie, about the pros and cons of manufacturing her collection in Britain. 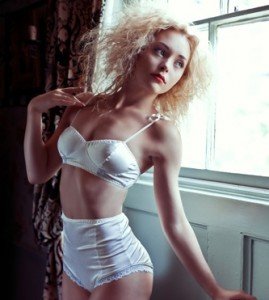 Whilst Mary Portas might have you believe that the British lingerie manufacturing industry died out  years ago, this is far from the truth. According to the Office for National Statistics £353m worth of underwear was made in the UK in 2010, making it the second largest clothing category that we produce here after outerwear.

It is independent designers like Ayten who have continued to support the industry over the last few years, when gradually more and more larger companies have gone offshore. She says that part of her reason for doing this is because both her mother and grandmother were skilled machinists who worked in the clothing industry. Growing up in an area of North London where there were six factories behind her house that had sadly been turned into flats by the time she left college spurred her on to do something about it.

Unable to find a design job when she left Central St Martins that didn’t mean a move away from the UK, she decided to set up her own label with assistance from The Princes’ Trust. Manufacturing abroad was never an idea that she entertained – “I decided that I wanted to promote the UK fashion industry and highlight the traditional skills which the UK was once celebrated for”. Wherever possible she ensures that the materials she uses to make her beautiful lingerie are from the UK. Vintage lace trims are sourced from the old lace mills in Nottingham – showcasing the craftsmanship that the area was once famous for. 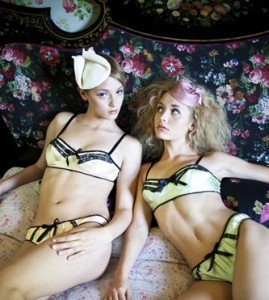 When asked about what she sees as the pros and cons of manufacturing her beautiful lingerie in Britain she cites the following:

Benefits of manufacturing in Britain-

Disadvantages of manufacturing in Britain-

To read more about Ayten Gasson lingerie and to shop the collection visit www.AytenGasson.com 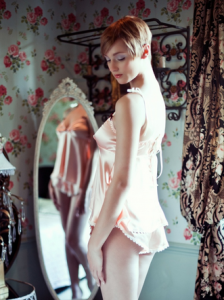