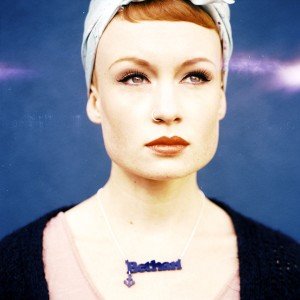 Recently there has been a lot in the press about jewellery company Tatty Devine, known for  their perspex name necklaces, and how Claire’s Accessories have allegedly copied some of their designs. It started with a post on the Tatty Devine blog entitled ‘Can you spot the difference?’  in which they showed some remarkably similar pieces from Claire’s that were selling for less than half the price.

Understandably a lot of their fans who had paid upwards of £25 a necklace had been outraged by the cheap imitations. Social networks were inundated with support for Rosie Wolfenden and Harriet Vine who established their British jewellery brand 13 years ago. However, what shocked me more than the blatant copying in evidence here, was the fact that some people feel the need to say that Tatty Devine deserved it because their jewellery is over-priced.

It is just this sort of attitude and disrespect for original design and craftsmanship that has led us to where we are today – with the average person thinking that it is better to have ten cheap items in their wardrobe rather than one great quality one. It is why in four years the British fashion industry saw a 10% drop in retail prices and 1.5 million tonnes of clothing thrown away.

Tatty Devine hand make all of their jewellery in their workshops in the UK. They could have sold out years ago, moved their production offshore and made a lot more money, but they didn’t. Instead they chose to keep manufacturing here where they could keep a close eye on it and hence maintain the quality of their collection. If you buy a piece of their jewellery it lasts so much longer than one bought from a value retailer so the cost per wear is actually less. Plus you know that you are helping to support jobs in the UK as well as the British economy. So more fool those for buying the cheap copies I say!

To buy an original necklace from Tatty Devine visit www.TattyDevine.com