Vitsœ: standing up to a world that favours new over better

What can Vitsœ’s 606 Universal Shelving System teach us about living better with less that lasts longer? 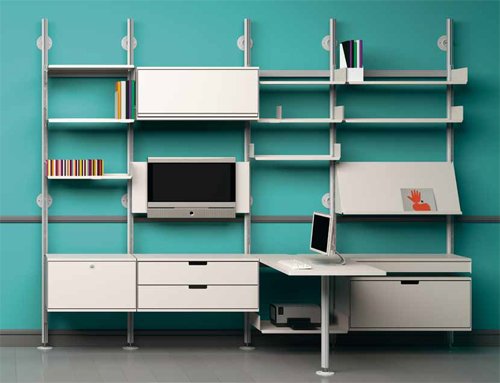 When people say to me that buying British equates to spending more money I always like to point out that if you buy something that  is well made, it may cost you more but it will last you a lot longer. It’s about consuming less and buying better quality. Reusing rather than throwing away.

Our generation has got too used to chasing after the next big trend, be it in fashion, furniture or electronics, and the British High Street has fed this desire for the new with cheap, throw away products that aren’t made to last. It is what Vitsœ call ‘planned obsolescence’ – the manufacture of products that are deliberately designed to have a limited useful life. And it is the opposite of what Vitsœ’s British-made 606 Universal Shelving System, for which they are best known, is all about. 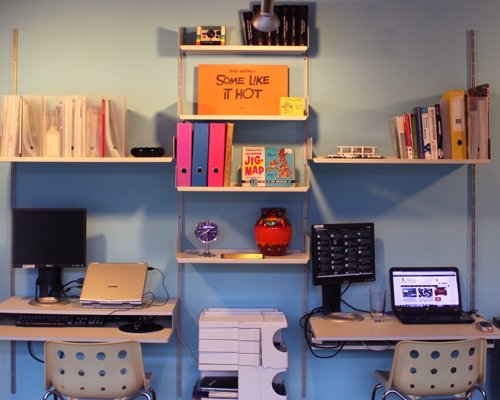 Vitsoe in the Make it British office

The premise behind Vitsœ’s modular shelving system, designed by Dieter Rams in 1959 and made in Britain since 1995, is that it is so well made and flexible, with its interchangeable metal shelves, drawers and desks, that wherever you live it will fit in around you. It may cost upwards of £300 for a small 3 piece unit, but unlike any cheap MDF version that you might purchase in a well know Scandinavian flat-pack store, it will last much, much longer. So renowned is Vitsœ’s longevity that secondhand pieces change hands for little less than its price new.

What’s more, the Vitsœ shelving never goes into an end-of-season sale, unlike the next-big-thing when it is last week’s news.  As they say themselves: “We favour better over new, we do not have obsolete stock. And that is why we never have a sale.”

Isn’t it time that everyone stopped to think about whether what they are buying is really good value for money? and instead took a leaf out of Vitsœ’s book and learnt the art of living better with less that lasts longer.

You can see the Vitsœ 606 Universal Shelving System in action in this video entitled ‘Tidy Up Your Life’ which shows quite how obsessive Vitsœ owning can become for some poeple!

Tidy up your life from Vitsœ on Vimeo.