Fight the fakes – buy British-made instead

The Equal Rights for Design Campaign

A campaign by Elle Deco to change the law to protect the intellectual property of designers is gathering apace. It shows that there has never been a better time to invest in original, well-designed products. And if they are British-made, then even better. 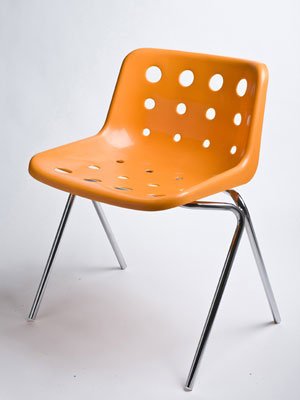 Polo Chair by Robin Day: Made in Britain by Loft

The recent case of Claire’s Accessories producing identical pieces of jewellery to those originally designed by Tatty Devine highlighted the issue of plagiarism in the fashion industry. But did you  know that the issue within other design sectors is even worse?

Under British copyright laws it is illegal to copy any design that has been registered for up to 25 years. Which means that any classic piece of design that is more than a quarter of a century old can be replicated by anyone completely legally. So iconic designs such as the Polo chair by Robin Day shown above, which was first designed in 1972, can be reproduced by anyone, anywhere. And because most of these classics that are popular at the moment spring from the mid-century period, they are all open to being copied.

But why is that a problem?  I hear you ask. Because only certain manufacturers legally own the rights to make particular designs . And by buying from one of these approved companies, you can be sure that the designer continues to receive their fair share from  every sale. Buy from an unapproved source and not only does the designer get nothing, but chances are the item has been made in a pretty unethical way too in order to get the rock-bottom prices that the fakes go for.

It  can be very tempting to buy a fake when it is significantly cheaper than a licenced original. Even Samantha Cameron was seduced by a replica of  the 1962 Arco lamp by Achilles and Pier Giacomo Castiglioni, which she bought from  an unauthorised online retailer. When Michelle Ogundehin, Editor-in-Chief of Elle Decoration,  spotted that the well-healed Prime Minster’s wife had purchased  a phoney piece  of classic lighting she wrote on her blog  “I am appalled. Surely she should know better?” and from that the Equal Right for Design campaign began.

With backing from Sir Terence Conran, Ogundehin wants the law changed to put design on equal footing with works of literature, music and art, which are protected for 70 years after the author’s death. If you believe that this is the right thing to do, then please sign the petition NOW!

If you want to be able to spot a fake from an original then a good place to start is the Equal Rights for Design Facebook page  where there is a blacklist of those companies selling the faux-furniture. And if something seems too much of a bargain to be real, then it’s probably not.

At the end of the day, it is better to buy one great piece that will last a lifetime, where the designer and manufacturer have worked in partnership to develop the product, than several pieces of junk that will fall apart and be thrown away.

As John-Paul Flintoff put it in this month’s Elle Deco magazine – ‘Until a generation ago, saving was the normal means by which well-made items came into our possession’. We should all be buying less but buying better – and preferably that also means British-made too.

You can follow the story of how the Equal Rights for Design Campaign began on Michelle Ogundehin’s blog.