Margaret Thatcher and her British-made handbag

Whatever is said about Baroness Thatcher and her legacy on British manufacturing, at least her famous handbags were made in England 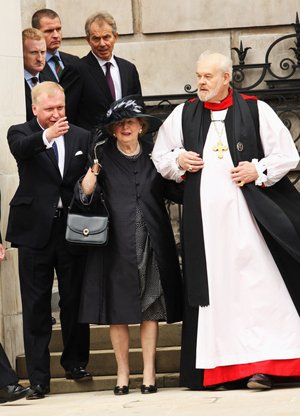 Margaret Thatcher and her Launer handbag in 2008

Since Baroness Margaret Thatcher died a couple of days ago there has been much talk in the press about the legacy that she left on British manufacturing. Certainly manufacturing accounted for a much smaller percentage of GDP when she left office than when she arrived (15.2% compared to 20.6%), but many of her supporters say that it was in decline anyway. Either way, it is at least refreshing to know that the company that she bought her handbags from, Launer, continues to manufacture in England to this day.

Maggie began her allegiance to the Launer handbag when in the early ’80s the company’s CEO, Gerald Bodmer, noticed that she was carrying a rather understated bag, and sent her a similar Launer model to that carried by the Queen. From that point on Thatcher was never seen without one of the £1000+ handbags, and would purchase them twice a year in various leathers and colours.

Although Launer still makes its leather bags in its Walsall factory to the highest standards, I can’t help feel that it is missing a fabulous opportunity to create an amazing  British lifestyle brand built on heritage and quality, similar to Hermes in France. And yet somehow it still seems to be stuck in Thatcher’s era of power dressing, with little ambition to embrace the 21st Century. Maybe now one of its main customers has passed away that will all change… 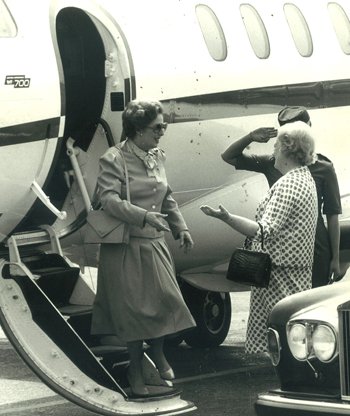 Margaret Thatcher and her Launer handbag in the early ’80s